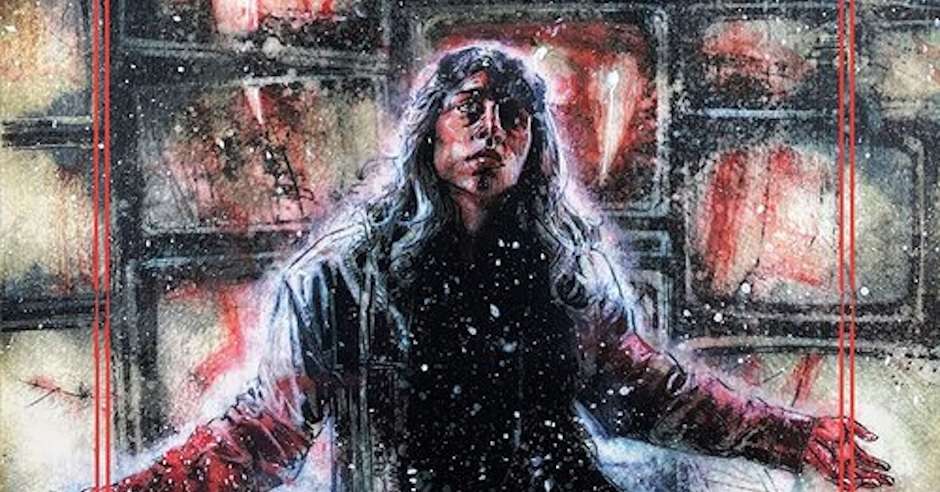 Vampire: The Masquerade – Winter’s Teeth #4 is the penultimate issue of the mini-series that, hopefully, will end up being turned into an ongoing. Tim Seely’s work is an homage to the Nineties Goth and punk scenes combined with the tabletop game that was inspired by them. I’ve really enjoyed its political and character-driven take on what being a vampire in the Twin Cities might be like. The fact Cecily Baine is a former rocker girl that grew up in the heyday of the Goth club scene. 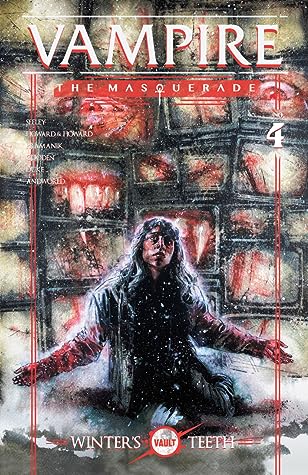 The premise of this comic is that in the Twin Cities, vampires exist and are possessed of a complicated society of the undead that includes both the Haves (Camarilla) and Have Nots (Anarchs). Cecily Bain is a former Anarch who has become Camarilla stooge in order to try to make her life easier (due to her mortal sister becoming disabled and needing constant care). She’s since adopted a young vampire named Alejandra and is investigating a series of murders among the undead.

The death of the Prince in the previous issue has thrown the Twin Cities in chaos and Cecily is torn between believing it the work of renegade hunters versus a plot within the undead’s society. It doesn’t help that she’s saddled with a vampire childe that doesn’t have any idea about what sort of dangers they may be facing (though even that may be a lie).

The best part of Vampire: The Masquerade – Winter’s Teeth #4 is that it gives a good insight into not only how Cecily behaves but also how she sees herself. She thinks of herself as a moderate and even empathetic person who has been driven to her harsh stance in order to survive. Everyone else who meets her sees only the dark and angry side of her Brujah personality. Cecily resents the idea she could not be a kindergarten teacher, as ridiculous as that sounds.

We also get an insight into the functioning of vampire politics and society. Much like the mob, all of them are playing an angle against one another and there is absolutely no one that can be trusted. At one point, Cecily falls under attack by some of her old allies among the Anarchs. Cecily seems genuinely surprised at their betrayal despite the fact she’d been working for the Camarilla for years at this point.

If I had any complaint about the book, I would have to say that the previous one felt a little unnecessary in retrospect. This is much more about the politics and scheming of the undead. If we’d used the previous book to establish these characters more then I believe the subsequent gamesmanship would be stronger. These games depend on a stable cast of good guys, bad guys, and worse guys to really make the social combat element shine.

The art of these comics is beautiful and much more naturalistic than most comics. The characters aren’t all incredibly beautiful Olympians but include a wide variety of body types as well as races. I also appreciate the tabletop game write-ups in the back of the book that are a great bonus for the gamers reading this.