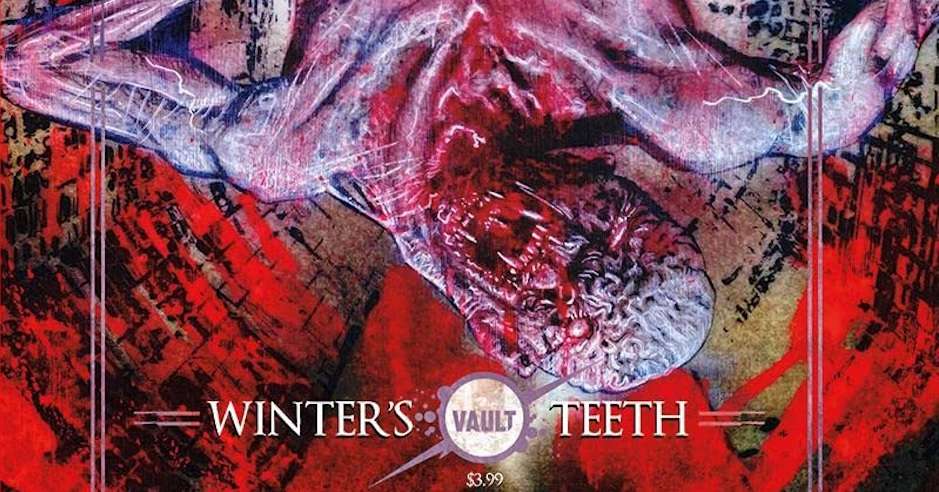 Vampire: The Masquerade – Winter’s Teeth #5 is the end of the first story arc of the series and possibly the entirety of it depending on sales. I suppose we’ll find out when and if we get a #6 in the story. While the story ends with a few dangling plotlines, I actually think it ends on a mostly satisfying note. While there are a few mysteries left like Alejandra and the discovery of a Ministry (Follower of Set) in their midst, we have a general idea of what’s happening in this world and our main characters’ fates. 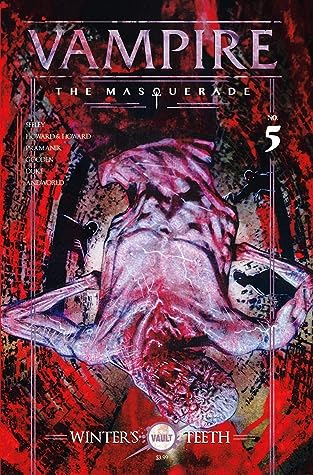 The premise of Vampire: The Masquerade: Winter’s Teeth #5 is that the world is full of monsters (particularly vampires) that live among us secretly. In the Twin Cities of Minneapolis and Saint Paul, the vampires are on the verge of a civil war due to the recent death of their leader. Cecily Bain, a former punk rocker girl, has straddled the line between Anarch and Camarilla for much of her undead existence. Unfortunately, recent events have required a scapegoat and she’s found herself the subject of a Blood Hunt.

Cecily proceeds to slaughter her way through the people hunting her, though. The hunter becoming the hunted. The vampires of the Twin Cities have severely underestimated what a brutal and terrifying killer of the undead she is. Indeed, the only reason she isn’t going after her persecutors directly is the fact she wants to figure out a way to make peace with them. Cecily, you see, has a dementia-suffering sister that is on her last legs. Cecily doesn’t want to abandon her only remaining mortal relative, even if that means putting herself in additional danger.

What I like about this issue is that it understands that there’s very little passion among the Kindred. Cecily is the present “easy target” of the Twin Cities’ undead but that is just as easily passed onto other scapegoats. The vampires of this setting are cold blooded political operators and as soon as there are more expedient targets to pass along their problems then they are happy to do so. It is a relentlessly cynical setting and all the stronger for it.

An interesting twist to the story is the fact that the Anarchs and Cecily turn out not to be enemies as I originally sumised. For the previous four issues, we’ve seen the Anarchs coming closer to the Twin Cities with the implication they’ve been sent to fight in the upcoming war. Given Cecily betrayed the Anarchs in the past and is allied with the Camarilla, I was expecting an inevitable confrontation. Instead, we discover the ties of coterie is stronger than the ties of sect and I really liked the whole anti-climax of it all.

The artwork of Winter’s Teeth remains extremely good and I give credit to the fact they don’t look like any other comic book out today. Really, they capture the kind of Nineties urban fantasy horror that was inspirational to Vampire: The Masquerade in the first place. While not quite Tim Bradstreet, it’s certainly evocative of it. I am very interested in continuing this series and hope Vault comics continues to produce this sidestory to the 5th Edition setting of the tabletop game.