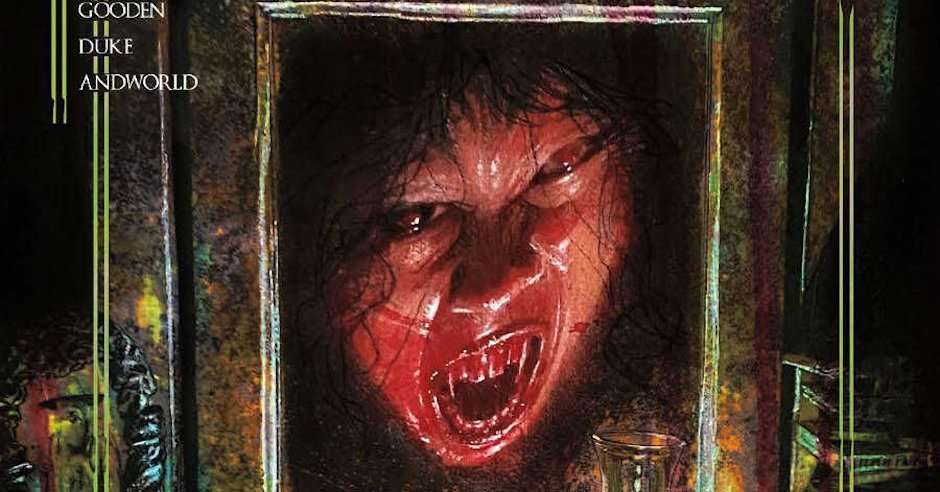 Vampire: The Masquerade – Winter’s Teeth #6 is the, unsurprisingly, sixth installment of the comic book adaptation of the popular tabletop roleplaying game. It follows the adventures of Cecily Bain, a former Anarch turned friend of the establishment that just wants to be left alone with her mortal sister. Unfortunately, the conflict between vampires and Hunters is impossible to ignore. 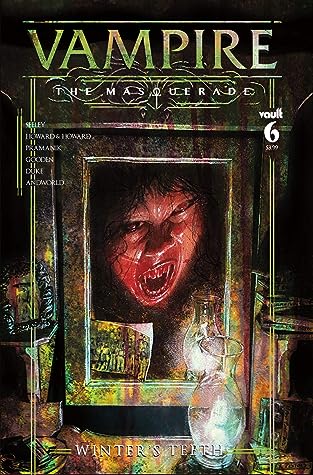 This is the first issue to come out after the events of the first five issues. This is notable because the series was initially only meant to be five issues long before its unexpected popularity expanded its run. With so many other independent comics failing after just enough comics for a trade paperback (TPB) release, this is a big accomplishment. Authors Tim Seeley, Blake Howard and Tini Howard should be proud of what they’ve accomplished as should the magnificent artists who helped bring this all together.

The previous issues had an enormous number of events sweep through the Twin Cities, but the irony of vampire society is the more things change, the more they stay the same. A new Prince is ruling over the city and everything Cecily did to protect herself has been swept under the rug. Now the Prince wants to make friends despite the fact he almost had her killed. Cecily is left with the uncomfortable realization that this might just be the best thing to do.

Cecily’s problems aren’t limited to the treacherous and despicable politics of the undead, however. Cecily has discovered that her “childe”, Alejandra, may actually have been a Hunter that got herself willingly Embraced to be a weapon against the Kindred. It is only a suspicion, though, and sounds like nonsense even to someone as habitually paranoid as Cecily. Also, Cecily is looking for a new sister since her mortal one has since succumbed to dementia.

The book contains a good number of interesting scenes but is primarily a breather after the events of the first story arc. It certainly sets up the events of the next five issues, though, with a terrified Prince, a mysterious vampire coming to vet him, and Cecily’s complicated relationship with Alejandra. We also get a hilarious scene where a Hunter attempts to rescue one of Cecily’s victims only for him to try to record her in order to report an assault. Cecily is as annoyed by this as anyone else.

The story at the back of the book is focused around Mitch and it gives us some interesting insights into the least known character of Colleen’s group. Apparently, he and King Rat used to be friends with Celia. They used to fight the Sabbat in what I presumed was the Nineties war against them before being persecuted by the Camarilla. He’s broken off things with Colleen and is hunting animals in the woods. As a City Gangrel, he turns into an adorable puppy and I no longer hate him.

In conclusion, this is a solid and entertaining issue. I think fans of the series should jump on with issue #1 but this isn’t a bad place to start either if you just want to pick up an enjoyable urban fantasy experience.