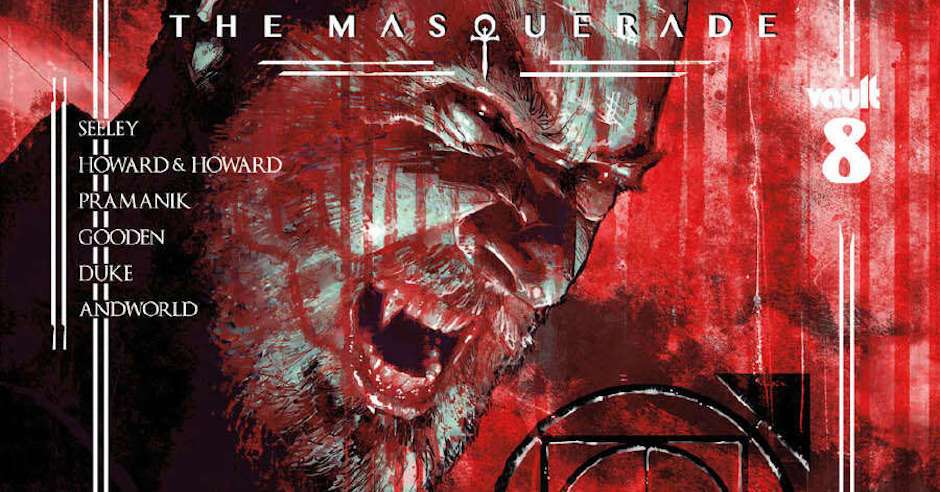 Vampire: The Masquerade: Winter’s Teeth is a book that we here at Grimdark Magazine have been following faithfully. As a huge fan of the Vampire: The Masquerade series, I have absolutely loved what Tim Seeley, Tini Howard, and Blake Howard have done with the setting. It has managed to get through its first story arc and now is on its second one. Can it keep up the high quality of previous issues? I think so. I should warn you that this will have SPOILERS for previous issues. 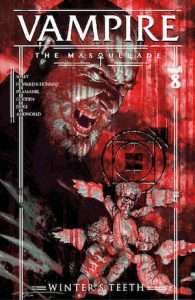 Winter’s Teeth Issue #8 deals with the fallout of the discovery that Alejandra is an agent for the Mortician’s Army, a secret cult of vampire hunters led by a coroner who managed to destroy a vampire after it murdered his wife. The Mortician allowed his own daughter to be Embraced and sent her in as a 5th Columnist in the ranks of the Camarilla to bring the whole thing tumbling down. She’s already shown how effective she can be by bringing down one of the Twin Cities’ Primogen and thus making the visit by a Justicar even more awkward.

The funny thing about Winter’s Teeth Issue #8 is that it nicely illustrates how utterly messed up vampire society is without being overt about it. Everyone is more interested in covering their posteriors rather than finding out who killed the dead Elder. They make up alternative parties responsible, lie constantly, and find scapegoats well before anyone thinks to investigate who might have really been responsible. I liked it and it reminded me of Game of Thrones since, well, World of Darkness vampires were backstabbing upper class twits first.

The funny thing is that Cecily Bain is aware of Alejandra’s treachery. While furious about it, she’s also resigned to the fact that Kindred society is vile and doesn’t really care if it’s destroyed by hunters. It is a nice twist that I didn’t expect. The confrontation between the two is the highlight of the issue and goes in a direction that I think fans of the series will appreciate.

As usual, the art of the books is dark and well-realized, bringing to life the Gothic Punk atmosphere. The characters are more realistic looking and grounded than is typical in comic books, which adds an extra-layer of believability to their struggles. Cecily is cute but not beautiful and everyone not looking like CW actors or models is a point in the book’s favor. It can also be genuinely unsettling with the colors and shading. Top points.

In conclusion, I think the second arc of the book is every bit as good as the first and look forward to its coming conclusion. The characters have finally managed to establish themselves well enough that I am eager to see how their arc turns out. I don’t have high hopes for Cecily and Ali’s relationship past this point but vampires betraying each other is about 90% of what they do other than drink blood.