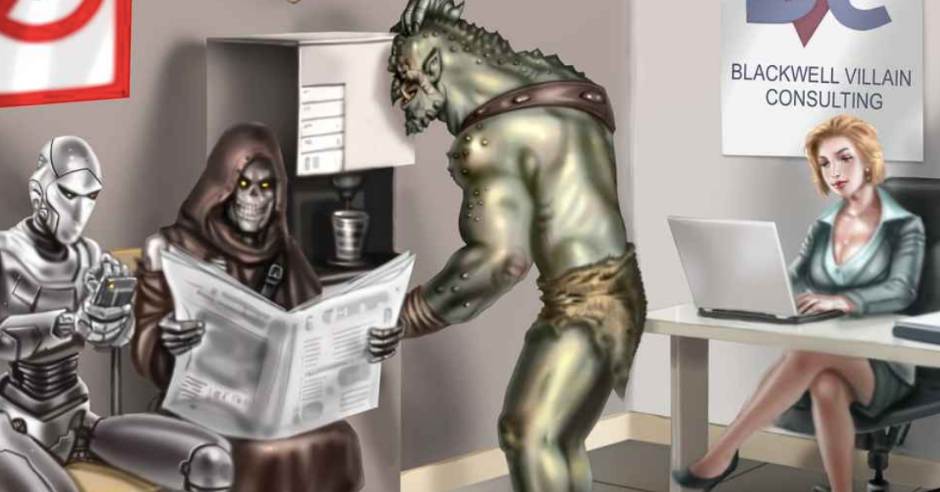 Villains Rule by MK Gibson is a rare thing that I quite enjoy: a comedic grimdark novel. It is about Jackson Blackwell a.k.a the Shadow Master, who is an advisor to the villains of the multiverse. For an enormous fee, the Dark Lords and supervillains can have Jackson coach them on the finer points of being a bad guy. Jackson won’t guarantee you’ll win but he’ll make sure that you manage to do much better than you would if you were just a generic one-dimensional baddie. 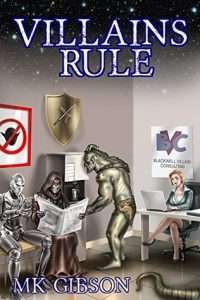 At heart, this is a novel that makes fun of the typical tropes of genre fiction and is all the funnier for it. Plenty of stories are deconstructions of the silliest tropes in fiction with the best parodies also serving as good examples of their genre. Mel Brooks has made his career of making parodies of popular movies that are also enjoyable on their own. The Shadow Master series follows Jackson jumping from one archetypal setting to another but the first one deals with my favorite: high fantasy.

Jackson is a despicable protagonist and all the more entertaining for it. An arrogant, controlling, and condescending demi-god, Jackson has managed to forge an effective business model for himself but not one that is stable. You see, one thing he seems to have missed is that villains are bad guys. They do not like being told that not only is their business model flawed but Jackson can’t help but belittle people who are already fragile egos to begin with. Let’s face it, most dictators are less than good-humored.

This results in the central plot of the story that is Jackson losing his powers and getting dumped on a generic fantasy world that is just well-written enough (deliberately so by the author) to avoid being cliche. Without allies among the world’s villains, he must proceed to do the unthinkable: ally with the local heroes. That doesn’t mean he’s any less of a murderous snake in the grass but he’s still aware enough of how these stories go to direct things behind the scenes.

The supporting cast is pretty well done with a lot of the stock characters from what would be a typical Dungeons and Dragons novel (remember those? Stupid Hasbro). Jackson may have nothing but contempt for the typical farm boy turned hero but that doesn’t mean said farm boy isn’t listening when the Shadow Master reveals just how hypocritical the elves are. “Why aren’t you going after the Dark Lord despite thousands of years of experience and epic magic?”

I’m not a fan of the cover art but I feel like it nicely conveys the basic idea of the book’s inner absurdity. This is an indie fantasy novel that is full of humor and an utterly despicable rake as its protagonist. I think that fans of fantasy and superhero fiction will both love this series. It’s a great way to relax and root for the bad guy.