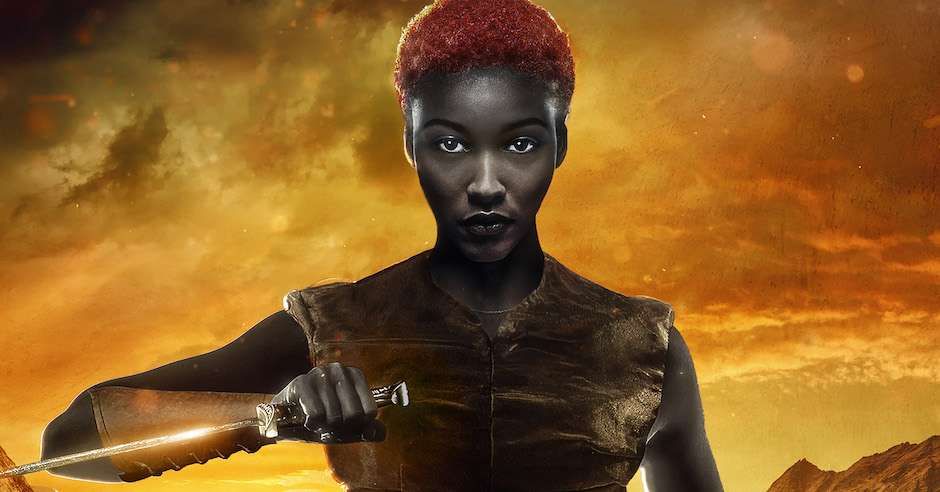 With Violya, once again I am sent back to Rosalyn Kelly’s grim and brutal world, and for that, I am very happy. Set in her In the Heart of her Mountains series, Kelly’s Violya depicts the story of the titular character Violya (or V for short), the new Melokai of Peqkya. A once cautious warrior, V is thrust into a chaotic nation whereby she must repair her fractured nature, bonds, and garner new treaties with adversaries and once close allies. There is no time for hesitation, V must fight for her nation and come to terms with herself as not only the warrior she knows, but as a Melokai gifted with magical powers. 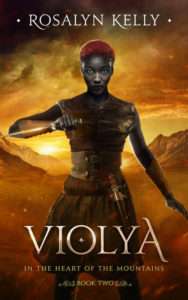 Akin to Kelly’s former novel, Violya bestows the reader with a variety of chapters from the point of view from a variety of characters such as the familiar wolf father Darrio; Queen Jessima; the Trogr (simian-like people) Gwrlain, and several more.

I was initially worried that I was going to get lost in the minutia of these chapters, forget names and places, but Kelly’s talent as a writer is her fantastic ability to weave interesting and intriguing elements within every chapter that she has so carefully crafted. Her world-building is phenomenal, near the level of George R.R. Martin or J.R.R. Tolkien. I could feel the sands on my cheeks as I veered into the desert kingdom of Drome and was swallowed into the dank pit of Troglo as the characters delved deep into the cavernous dominion of the unusual cave dwellers. There is a name for nearly every language, every people, every landmark, so much that I felt as if I were reading some quasi-historical text.

But what really kept me hooked was Kelly’s ability to also weave elements of myth and fairytale (perhaps knowingly or unknowingly) within her story. I’m a sucker for stories that perfectly blend the real and the unreal together, and Kelly does this with absolute precision. The Darrio chapters, for instance, examine the culture of the wolves, their fears, their desires, their deities, and the fervour they have in their new pack leader, Sarrya. It was strange and unreal, but also reminiscent of elder fables of yore and quite lovely to read in between the politicking of the other chapters.

Much like the Darrio chapters, the Gwrlain chapters were imbued with an almost macabre majesty that invoked a sense of horror and malaise. Without going so much into spoilers, there is a lovely darkness that permeates cave kingdom of Troglo, one that evokes disgust, pity, and hope in one little segment. There was just so much lore within these chapters that I felt deserved a special mention as they kept me hooked and wanting to know more and more about the plight of the Trogrs.

But much like Martin’s A Song of Ice and Fire series, and other novels/series’ that flit between character POVs, there are always ones you enjoy more. Though the Violya and Jessima chapters, for instance, are well-written and lovely, I found myself wanting more and more from the Darrio and Gwrlain segments. Other readers may fare differently, but I was so hooked to them that I found myself, at times, speedreading. A big no-no when it comes to this series. Don’t be like me. Slow down. Allow the environment to sway you into a deep meditative state of compliance and enjoy the beautiful words before your eyes.

In a similar vein, the language in the other chapters detracted from the majesty of Kelly’s world. Wolf-speak and Trogr language feels and sounds different. There is a craftsmanship there that is unseen in some of Vioyla, Jessima, Toby, and Ammad’s (though I enjoyed his chapters more so this time) chapters. They range between sounding too modern (as in copious amounts of swearing) to Arthurian clichés, not to say that it hampers the story entirely, but it certainly pulled me out at times.

My tip for slowing down, alas, also revolves around energy of this novel. To Violya’s benefit there is a stronger emphasis on action over politicking, but the action at times feels a bit too frantic. Names are constantly thrown around, people are always fighting and travelling to distant lands. I wanted to slow. Down. And. Absorb. Every. Thing.

Rosalyn Kelly’s Violya is without a doubt an interesting read. The world is rich with fantastic lore and intriguing lands. The tone is dark and provocative, insatiable at times, and gritty. Oh so gritty. Though I found the pace a bit too frantic, the novel flows well and builds upon Kelly’s In the Heart of the Mountains series wonderfully. A strong recommendation from me, especially if you’re into darker fiction.

If you’re interested, you can check out an except here.