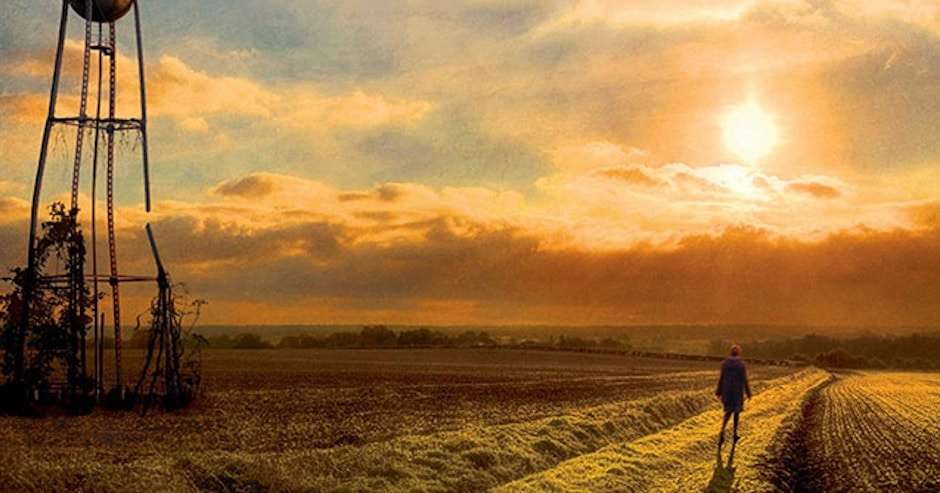 Wanderers by Chuck Wendig is his magnum opus. It is a colossal story that occupies a sliver of literary real estate between dystopian, science fiction, and current events. It is a symphony of narrative elements that come crashing together in a grand sforzando.

So much so, that it left me stunned.

“You didn’t change anyone’s mind about politics by hammering away at them—all that did was drive the nail deeper into the wall of their own certainty.”

One morning on June 3rd, in the small town of Maker’s Bell, Pennsylvania, Shana stood next to her little sister’s bed and thought, “Nessie ran away again.” Nessie ran away often, and as Shana was Nessie’s older sister and protector, it was Shana’s problem. Nessie left the farm in the middle of the night with nothing on but a dress. What Shana did not know at the time, but learns quickly is that Nessie is sleepwalking. Or, as she becomes known later, a walker. Nessie has begun a long walk, and nothing can deter her. Shana is not far behind. As the days pass, the group of walkers grows. The group that stumbles through the countryside is made up of all sorts of people, young or old, they all walk with a single-minded determinedness. The group picks up walkers, and shepherds (people who help take care of their flock of walking friends and family) regularly.

While the walkers walk, the world’s opinion is split on what type of creature these walkers are. Are they aliens, science experiments, do they carry disease? Whatever they are, the right-wing side of American politics, Kreel, feels that there is something unholy about them. They should be stopped. Kreel goes to rallies and muckrakes against the sitting president Hunt. How is she is not doing anything? How is she not acting fast enough and putting the children at risk? It would be perverse if it weren’t so plausible. All of the political machinations of the American two-party system tear each other apart and turn to civil war in the background of the story. While the walkers are doing their long march across the countryside, the world is wracked by a pandemic. A type of flu that travels quickly from person to person, kills without mercy, and drives people insane.

In the foreground of the story, we have a few intersections of well thought out and interesting characters. The first thing I noticed about Wanderers is that it doesn’t feel like there are any protagonists, either that or everyone is a protagonist. No one truly is a hero. All the characters develop and change. Because the narrative is told from many viewpoints, you get a good feel for all the distinct characteristics. They are all dealing with the world crumbling around them, political unrest, and the desperate desire to protect the walkers.

Secondly, the characters are written like people, warts and all. You will like them; you want them to live. Sometimes they won’t. You will hate them, and maybe want them to suffer a little bit. There are good guys, especially Benji, Aram, and Pete, but perhaps they aren’t always right. Wendig draws no lines in the sand on who is good and who is evil. There are not amateur black and white characters in Wanderers because in Wendig’s world, the world is full of grays. Much like real life. No one thinks of themselves as the villain.

“That is how science and medicine are practiced best, though—we are best when we admit our ignorance up front, and then attempt to fill the darkness of not-knowing with the light of information and knowledge.”

Also, I tell you this as one reader to another; this author is not kind to his characters in this book. This book is The Stand meets Nevil Shutes On The Beach with some Techno-Thriller Johnny Mnemonic stuff that is impossible to explain without spoilers. Half the time, I had no idea where the hell the story was going. I said, “huh” more times than I could count. It isn’t a bad thing, because Wendig brings it all together.

Also, the pacing was a challenge for me, and Wanderers is a massive book. It is a tale that slowly burns. Every chapter is well written, but instead of galloping, the chapters slowly and steadily march you towards the end. At about the 50% mark, the pace starts to quicken, the parts and story begin to collide.

“I heard that if you complain, it reprograms your brain like a computer virus, and it just makes you more and more unhappy, so I’m going to stay positive because I bet the opposite is true, too.”

Most importantly of all, there is hope in Wanderers. In the face of desperate times, what could be scarier than a pandemic, Wendig gives the reader hope. Hope for humanity, and the characters. I didn’t see it through the weeds of parts of the book. It was frustrating and tiresome at times. I wanted to be blasted in the face with hope. Please give me something to cling to Wendig. Give me something to grab on to, don’t let me be pulled out to sea to drown with these characters. But hopes shining light would stick out now and again. Wendig wrote about it; it is here in the muck and mire of pandemic and upheaval. Look for it, chapter to chapter, you will find it among Wendig’s words.

I recommend this as a must-read. I have never encountered a Wendig book that I was not fond of, this included. But if you decide to tackle this book, be aware of the exciting and interesting, heart busting, soul-crushing time you are in for.