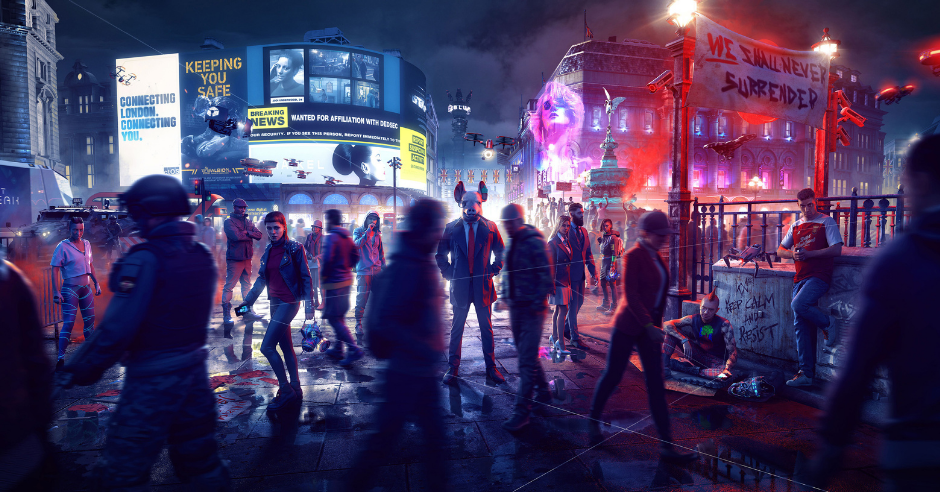 Watch_Dogs: Legion is a video game that takes the franchise into a dystopian post-Brexit vision of London. An oppressive authoritarian PMC, Albion, has taken over the country and divided the public services of the country among its corporate allies. Choosing from a bunch of randomly generated NPCs, you create an army to do battle with this corporatocracy and liberate the city from their control. 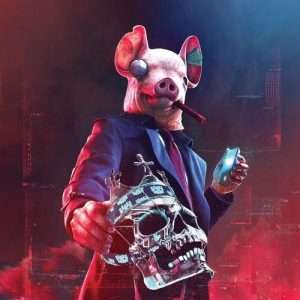 The game starts with a terrorist attack on an after-hours Parliament carried out by unknown forces that hacktivist group DeadSec is attempting to prevent. They don’t do so well due to a mysterious hacker named Zero Day. Rather than a liberating rallying cry of the oppressed, as in V for Vendetta, this attack results in Albion justifying its takeover. DeadSec is gutted and it falls on the player to rebuild them a year later.

The original Watch_Dogs was a present-day cyberpunk game that dealt with organized crime, human trafficking, guilt, and hypocrisy but had a divisive reception among gamers. Watch_Dogs 2 overcompensated with its bright and humorous hacktivist adventure in San Francisco. The enemies there were primarily white-collar criminals and the stakes felt incredibly low except for one mission chain that killed a major character seemed to avert that feeling.

This game attempts to bridge the gap between the dark and brooding content of the original game with its wackier sequel. Not always to great effect. Albion is an enemy with actual teeth and allied with murderous criminals that routinely show how vile they are in ways ranging from believable to puppy-kicking evil.

The developers go overboard a little bit by having Albion regularly shooting people in the street and brainwashing people but herding immigrants into a monstrous shantytown as well as gutting the National Health Service are all-too-believable. Either way, the story at least feels like there’s stakes unlike Watch_Dogs 2. Despite Ubisoft’s ridiculous claims to be apolitical in all things, this is a game developer that cut its teeth on Tom Clancy’s IP after all, it has some decent social satire among the dross like its handling of homelessness.

Unfortunately, the narrative is undermined by the randomly generated protagonists being people you can’t really invest in. Aiden Pearce may have been divisive but at least he cared about things and Marcus Halloway had an easy-going charisma. Almost all of the NPCs have extremely weak voice acting and they have the same dialogue anyway, so it falls upon the rest of the cast like Sabine or sarcastically fun AI Bagley to do the narrative heavy lifting. There’s a fix for that but it requires shelling out more money (see below).

The game is also gutted of many features that made the previous ones really entertaining. Previously you could engage in SWATing with the police or gang members. You could also change traffic lights, blow up steam pipes, as well as shut down the power in areas. You could even do bullet-time murder sprees. You have significantly fewer abilities this time around and even with Tech Points don’t have the broad level of tricks that made the previous game so much fun. There’s the flying cargo drone for some of them that’s a lot of fun but it’s a poor compensation for all the lost content.

The recruit-anyone mechanic is entertaining to play with but also undermines the narrative as a popular uprising. A fascist regime like Albion’s is going to have the approval of at least some of the people, particularly the racist and authoritarian kind, so at least some of the people should be off-limits no matter what you do. This is just poor game design even if there at least a decent chunk of the populace who are anti-DeadSec. It doesn’t help that the randomly generated thing may result in some weird ages and voice choices. The latter is especially notable as its quite clear not everyone is a Native Londoner in the acting or remotely able to imitate it.

The best way to fix a lot of the game’s problems is via the power of buying, though. If you purchase the Season Pass or the Bloodline DLC and characters separately, you can remove a lot of the game’s weaknesses. The Bloodline DLC is a decent-sized prequel that has you play Aiden Pearce and Wrench (from WD2) as you fight against a French arms dealer that wants to kill them both. It’s the best writing in the game and manages to make Aiden a more interesting character by highlighting his flaws as well as hypocrisies. Both Aiden and Wrench can be played in the main campaign, which benefits from their VA’s more consistent performance.

If you need that translated, it means that if you want to get the best experience out of Watch_Dogs: Legion then you pretty much must shell out another fifteen to twenty bucks at least. The forty-dollar Season Pass comes with the original Watch_Dogs, though, so you might consider that worth it. You can buy Wrench and Aiden separately on the store now, but this is still price gouging. 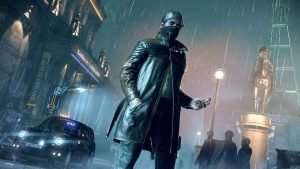 I enjoyed Bloodline and think it’s better than the main game, but I don’t blame any players who choose to think this is a money sink. Even playing as Aiden and Wrench for most of the game has the downside of them being overpowered compared to other operatives. I also wish I had access to Marcus Halloway, Raymond Kenny, Sitara, and Jordi. If you’re going to sell us previous protagonists, then go all out.

Watch_Dogs: Legion is a game that suffers for feeling like a stripped-down version of the previous games. The Recruitment system has its benefits but hurts the narrative and atmosphere of the game. The best way to play the game is also far more expensive than it should be. On the other hand, I really liked their dystopian vision of Great Britain and feel like the baddies were worth opposing for forty hours. The game is probably worth a skip if you don’t buy the Wrench and Aiden characters, though.