REVIEW: We are the Dead by Mike Shackle 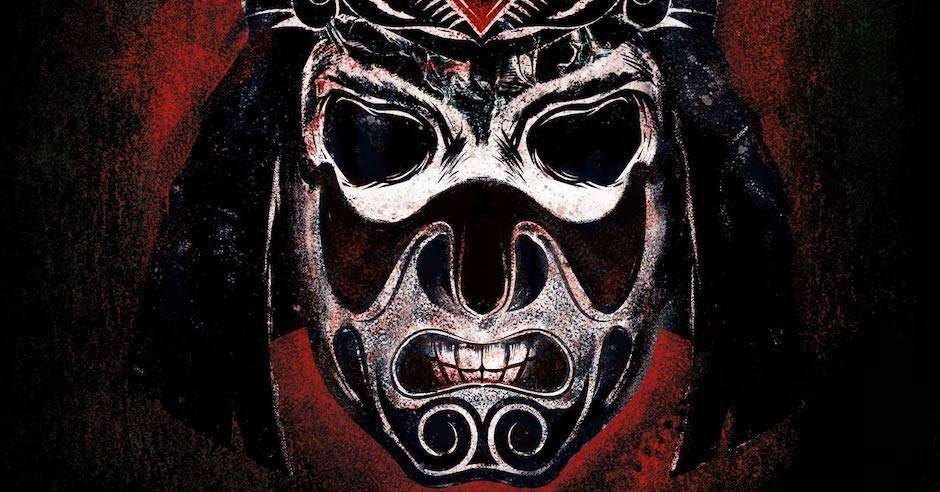 I received a review copy of We Are The Dead in exchange for an honest review.  Thank you to Mike Shackle and Gollancz for the opportunity. 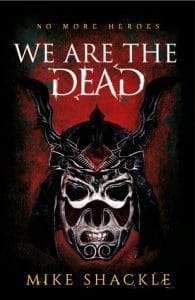 Tinnstra is the daughter of the legion’s and the nation’s finest Shulka warrior, Grim Dagon. Although an extremely extraordinary fighter herself, she is training as an initiate and always holds thoughts of doubt, fear, and incompetence in her mind regarding her potential actions. Putting it simply and abruptly, she is a coward. The Shulka are the elite soldiers. They haven’t lost a war or even a quick skirmish in 700-years. The Egril attackers that the wall and fortress of the Gundan have been erected to keep away decide to try an attack and destroy all who would oppose them in Jia, under the watchful aid and guidance of Emperor Raaku, the son of a God, apparently. In their minds, the only real God.

The Shulka lose. Quite promptly and emphatically as the Shulka had underestimated their opponents’ martial qualities. They didn’t expect magic, or for armies to appear behind the defensive lines through magical wards, or the grotesque Paradise Lost-esque flying demons – the Daijuka – who wield six feet spears, with another 2 feet of swords on the end for good measure to slaughter all. They are terrifying. The Egril, on purpose, always wore weak armour and showcased easily destructible defences as a ploy. Not this time. The Shulka lose as they grossly overexaggerated how weak they thought their opponents were. The ‘Skulls’ as the Egril are known due to their facial attire as can be seen on the cover, win, and occupy the whole of Jia within a few days. It’s not very nice for anybody who was/were there before. Of course, they never wished to welcome random murders, hangings, and totalitarianism. Alas.

Mike Shackle seems like an excellent writer. He’s a truly talented wordsmith and composer of exquisite fantasy fiction. However, at certain points, this wasn’t perfect. There are a few issues that griped me whilst reading but I acknowledge and understand why Shackle did it. It didn’t always work for me, however, I will talk about these before going back to the many many positives. A lot of times the chapters ended up too abruptly to try and heighten or instil drama and intrigue. The words imploded and exploded were featured frequently in the last stage of a chapter. BOOM. End chapter. Often. Explodes. Too many witty, compulsive, oh-wow-where-did-that-come-from twists happened too frequently for me.

I really liked the majority of the Point of View perspectives, by the end. So, we have Tinnstra who I’ve mentioned, Jax – the one prominent remaining Shulka officer who is aiding the resistance against the Skulls, Yas, the loving mother and family orientated individual who has to work behind enemy lines to keep her young child alive, Drem, the young riled-up anarchist. The only real view we get from the opposite/dark side is that from Darus. He’s a Chosen. An exquisitely infamous mage who is a torturer who manipulates and torments similar scenes to those of Glotka in The First Law, but when he knows he isn’t getting the answers he wants, he can grow the limbs or heal the wounds of the afflicted… pain can go on forever. Dark.

Some of the characters didn’t appeal to me straight away. Drem was an angry little rascal. Tinnstra is a coward who has the italic emotion thoughts flaunting through her scenes about how pathetic she is. Yas seems like an idiot too to begin with. I know in some stories you begin with a farmboy or unknowing fool who becomes a hero, somehow. Here, there were a lot of them. With all that being said, their progression was enjoyable to read about after I acknowledged it wasn’t going to occur in a chapter or two.

This narrative is mid to high on the grimdark scale.

“A cruel joke by the four Gods – the tale of the coward, the queen and the mage and how they died.”

Mike’s enthusiasm for being so excited for being able to release a story for Gollancz really shines. He is an enthusiastic, elegant and excellent writer. However, I don’t think this is completely showcased until the last half of the book. My friend, Michael at The Fantasy Hive, had similar views as we read this concurrently. I’m not saying this as a negative, I’m just trying to present that if you think it isn’t for you then give it a bit more time. This is a stunning debut. I’m not sure of the exact history it may be based on but it reminded me of Japan vs. China and the control Japan had when I watched Ip Man. So, I’m not well-sourced or knowledgeable enough to write about legitimate parallels.

We are the Dead is a staggering, marvellous, and gripping fantasy debut that should be acknowledged alongside recent-ish excellent Grimdark debuts such as Ed McDonald, Peter McLean, Anna Smith-Spark, and Dyrk Ashton. We are the Dead isn’t perfect but what it does well, it does really well. Very highly recommended. We are the Dead will feature on many a best-debut of the year list.

Buy We are the Dead by Mike Shackle