REVIEW: We Lie with Death by Devin Madson 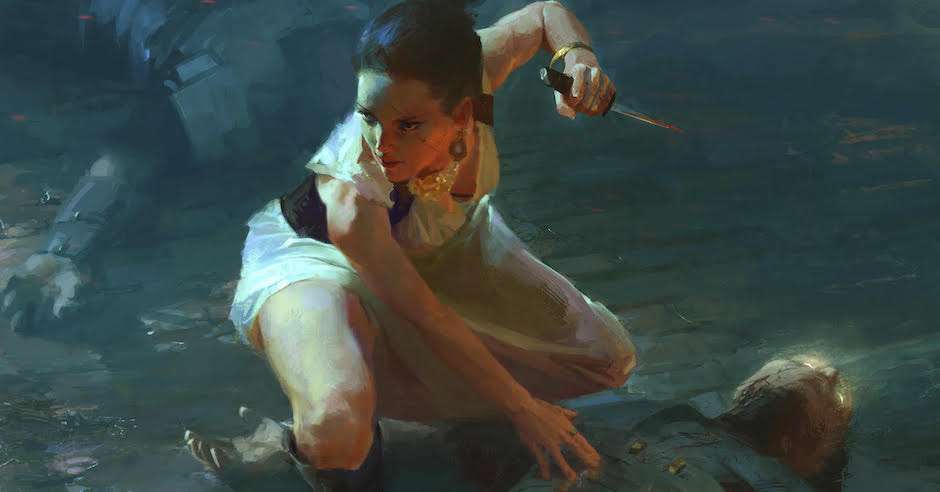 We Lie with Death follows four characters. Princess Miko, an empress with no empire who must protect her people, and survive the many trials that follow. Rah e’Torin finds himself with no ties to the new emperor, or the Second Swords. Torn between his old ways, and attempting to protect his people while weighing the scales, can he keep his honour when tradition is a blade that cuts both ways? Dishiva e’Jaroven finds herself tied to Gideon, a new Levanti emperor. Gideon has sights on making a new land for this people to thrive in once more., even if he must forge dangerous ties to Leo and askew Levanti ways. Sold to the witchdoctor to ends that only he may know, Cassandras fate becomes tied to Empress Hana. 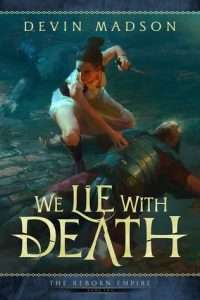 The world building takes on a grander scale than with new areas and characters brought into the fray. We learn a lot more of the world and its inhabitants, artfully shown in character or through exposition. In doing so Madson maintains an ability to paint a cinema-esque image of each scene. The emotional ties of fear, despair, love, joy, anger are wonderful. For a book to make the reader emotional is a rare magic that builds such a love for the world at large.

The pacing is akin to We Ride the Storm, rumbling slow thunder pairs with sharp bloodshed and turmoil. When the rain comes in Kisia it pours. The sequel contains a lot more intrigue from Miko and Dishiva. Fast paced action driven by Rah and Cassandra provides occasional shots of adrenaline that amp up the tension. Every character grows more in the sequel. I had a lot more time for Princess Miko this time around. I recall finding her character my least favourite in the first book (until the latter chapters). She becomes far more independent and begins to weather the storm with her head held high. Her phoenix-like rise from the ashes is excellent to observe. She embodies the fall down seven times get up eight proverb and I enjoyed reading her segments.

The prose in We Lie with Death also improves in comparison to the first. High praise given how much I loved We Ride the Storm. The plot weaves back and forth with revelations, rivalries, and revenge peppered throughout. I was a huge fan of every point of view. Devin has started to nail the magic of the baited hook, leaving me several times wrenching it out of my lip to go and eat or continue with other matters. Rest assured I sped through them and dove back into the world eager to consume more chapters, only to find myself chasing another well placed bait—even as I knew I was chasing the end, a bittersweet realisation.

Devin Madson is an author to watch and I am sure with time she will become a huge name within the industry. I can without hesitation recommend The Reborn Empire for fans of Eastern folklore and culture with a superb story that is human and relatable and balances yin and yang on the scales with the ease of a practiced merchant. Whilst the series thus far are a fantastic example of the Grimdark genre it also packs heart and hope which carries the reader through the dark, bloody, and conflicted world into a rain-soaked sun-bathed clearing to bask in the beauty of it all.

Note regarding the release of We Lie with Death

Unfortunately, there has been a delay in release as shown on the Author’s Facebook page. We at GdM are looking forward to the release date and wish Devin all the best!