REVIEW: We Ride the Storm by Devin Madson 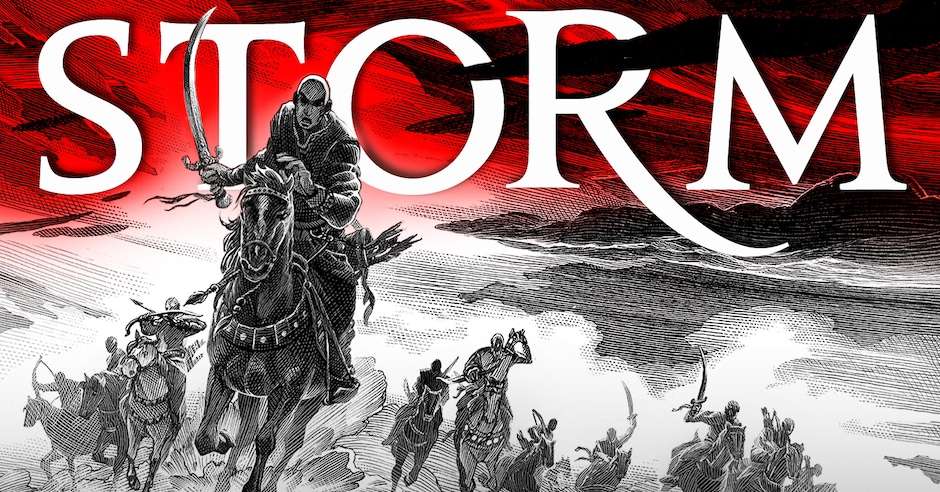 When We Ride the Storm by Devin Madison opened with the line, “It’s harder to sever a head than people think. Perhaps if one were skilled with an axe it could be done in a single blow—so long as the body was not trying to run away at the time” I knew I’d found something truly special.

We Ride the Storm is a book that fans of dark fantasy will love and contains a lot of the themes expected with the genre. he story unravels like a tangle of gore slick entrails as it follows Rah E’torin, the exiled leader of the Second Swords attempting to lead them through strange new lands while keeping to his faith, as he is tested again and again. Daughter of a traitor, Princess Miko hopes not for freedom but for the power to save her people. Cassandra is an assassin long past her prime who will risk everything to make the voice in her head go away—no matter the cost. This war will make or break each of them, as they are thrust into the arms of destiny while the storm crashes around them.

The story is superbly paced and packs plenty of emotion and heart into each chapter. Devin also succeeds in using well placed, baited hooks which make putting this book down almost impossible. The characters are all intriguing, each presenting a unique lens to view Madison’s bloody world through.

The supporting cast of characters is well worth mention. Each of them being lovable, worthy of hatred or somewhere in the middle. But not one of them is easily forgotten or blamed for the decisions they make. I was especially fond of Rah. It was fascinating to watch him grow as a character and break out of the rigid mould of his beliefs and views. He is placed in several challenging situations and always puts others before himself. His loyalty is his strength and his biggest weakness in the very same breath, and I love that duality to the character.

We Ride The Storm is a visceral, intriguing, intense and emotionally charged ride. I cannot wait to see where the next book takes us and eagerly await its arrival. I’d strongly recommend this bloody and bold tale to fans of Mark Lawrence, George R. R. Martin, and Michael R. Fletcher.

Buy We Ride the Storm by Devin Madson