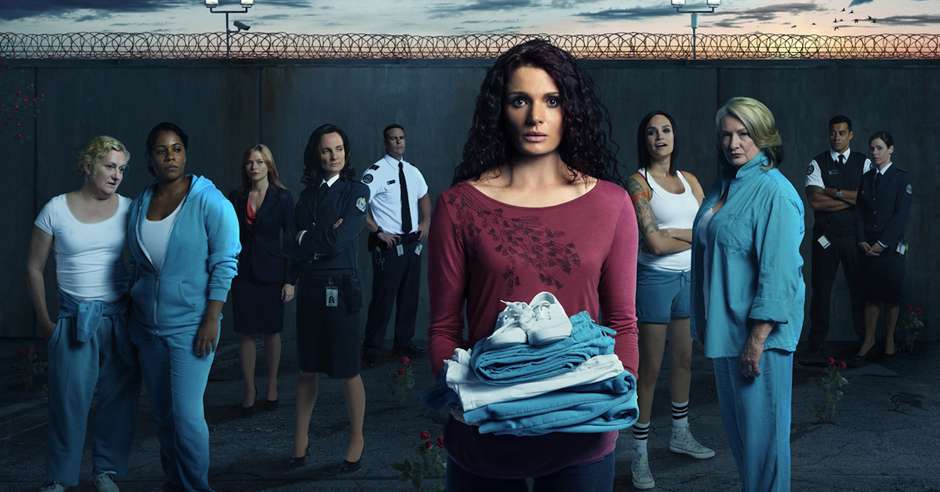 Brutal. Bloody. Deep. Sad. Grey. All of these things make Wentworth an unbelievably addictive piece of Australian television (and I’ll tell you right now they are few and far between).

Set within the violent and emotional walls of a prison, Wentworth tells the story of Bee, a new inmate imprisoned for the attempted murder of her husband after trying to end the abusive relationship. She enters a world of power struggles, corruption, treachery, fear, and friendship. The story twists and turns through shadow after shadow, dark as night and at times cheeky as hell. The twists, when they come, hit like gut punches. I found myself standing with my hands on my head multiple times throughout the series, grasping with the implications of what I’d just seen.

Every character, from the villains to the guards, all have deep and harrowing stories that make you understand why they are the way they are. The stories of the guards are especially interesting: a woman in an emotionally abusive relationship with her mother, an ex-soldier dealing with the aftermath of East Timor, a man whose wife was murdered and the woman who connived her way in to replace her. However, what I really loved, of course, were the inmates: failures, drunks, addicts, the unfortunate, the unlucky, the depraved, all with a story worth exploring and all with a direct or indirectly vested interest in power within the walls of Wentworth Women’s prison. Nobody gets to just do their time.

Something that really appealed to me was that there are no sex bombs or six packs. The actors look real. They’ve been brilliantly cast for their roles and to provide a show that feels like it could be real. Jax, the villain, is so smug so manipulative. So awesome. Watching her run the prison without lifting a single weight (like a slightly more stereotypical opponent, Frankie) is brilliant. The way she influences here, places pressure there, gives you that brilliant smirk when she knows she’s got you is magnificent. Jax is so good to watch.

The final episode is the perfect ending to the series. You couldn’t ask for more. It’s so vicious, emotion-filled, and gives you a solid kick to the teeth that you just want to cheer about right before the credits. I seriously wouldn’t blame you for binging through this series in a single day. It’s worth every damned second spent on that couch as the day disappears outside.

I give Wentworth 4.5 Grimdark Lords out of 5.