REVIEW: What Abigail Did That Summer by Ben Aaronovitch 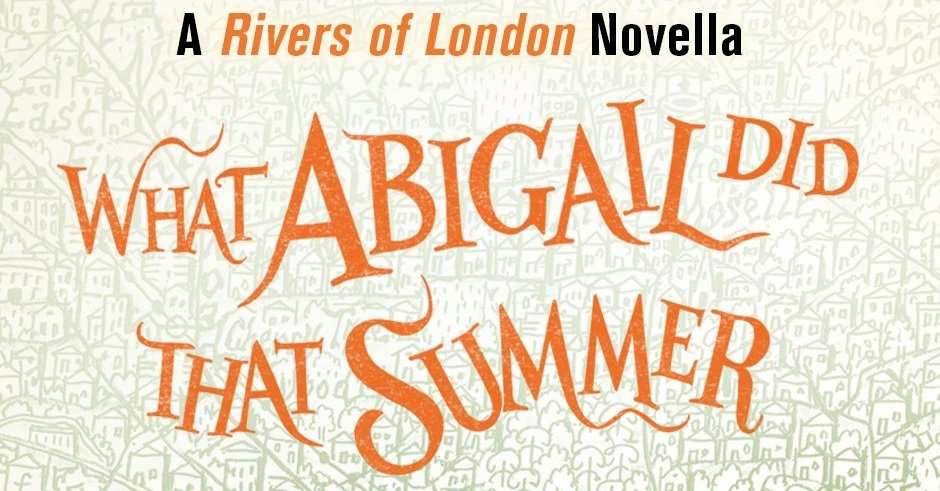 The third novella in Ben Aaronovitch’s fantastic Rivers of London series, What Abigail Did That Summer takes place at roughly the same time as the events of the novel Foxglove Summer, and pretty much does what it says on the tin. While Peter Grant is spending his summer searching for missing girls in Herefordshire, young Abigail Kamara is engaged in her own – unsupervised – investigation back in London. Teenagers are going briefly missing on Hampstead Heath only to reappear safe and sound, if a little confused, and Abigail wants to know what’s going on. With new friend Simon in tow, and a small army of talking foxes running uncannily efficient surveillance operations in support, Abigail is confident she can solve the mystery, as long as she can avoid too many grownups getting in her way. 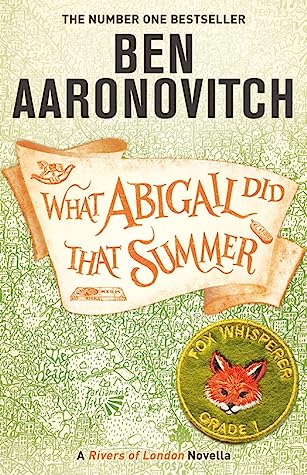 The Rivers of London series might not be an obvious choice for dedicated grimdark fans, but despite its generally light tone there are certainly some darker moments over the course of the series–faces falling off, grisly magical murders, demon traps containing the anguished souls of living beings tortured to death, just to name a few. What Abigail Did That Summer goes fairly easy on the grim stuff–not surprising, given the age of its protagonist–but as you’ll see from the rest of the review it’s a tremendously entertaining read…and sometimes it’s good to just kick back and enjoy a fun story, right?

As befits the shorter word count of a novella the central plot here is relatively straightforward, but it’s classic Aaronovitch, digging through London geography and history to unearth the magic that lies beneath the surface. As a standalone story this doesn’t really tie in to the ongoing narrative of the novel series, and that frees it up to occasionally reference existing characters (Peter is away from the city, but a few familiar faces do briefly appear) but mostly focus on telling its own story, exploring Hampstead through Abigail’s eyes as she accidentally makes a new friend, deftly dodges adult involvement in her investigation where possible, and offers up her own viewpoint on the demi-monde. All the while she’s accompanied by the talking foxes, who consistently threaten to steal the show with their talk of ‘operational redundancy’, ‘exfiltration’ and ‘human assets’, and their weaknesses for human food and having their fur scratched.

Abigail and the foxes have popped up in various Rivers of London stories before, but this is the first time that she and they have had quite so much attention, and it rather begs the question of why this has taken so long! With a story all of her own, Aaronovitch takes the opportunity to really add depth to Abigail’s character beyond the surface detail we’ve seen before, exploring her family situation and how it shapes her behaviour, as well as her unique way of looking at life, problems, magic and grownups. The foxes provide humour and a dash of the surreal, but it’s Abigail who drives the story and she proves to be a fantastic protagonist – just as witty and engaging as Peter, but in her own way and with a modern, youthful vernacular that’s playfully emphasised by occasional footnotes bearing Professor Postmartin’s commentary and translations for the benefit of Agent Reynolds.

There’s no doubt that this does assume quite a bit of previous knowledge of the Rivers setting that Aaronovitch has created, but as a mid-series novella that’s pretty much to be expected. It’s aimed at fans of the series who love this world enough to want to spend time away from the central narrative and get to know a secondary character a bit more, and in that respect it’s incredibly successful. It’s not perfect – Abigail’s voice does occasionally get a bit lost in Aaronovitch’s prose (it’s not as consistently present as Peter’s normally is, although her personality shines through regardless), and neither the plot nor the pace quite hang together as well as they usually do in the novels, but these are minor quibbles. It’s tremendous fun from start to finish, and suggests that Aaronovitch might be setting things up for Abigail’s arc to be further developed. On the merits of this, let’s hope that’s the case!

Many thanks to Gollancz and Ben Aaronovitch for providing an advance copy of What Abigail Did That Summer in exchange for an honest review.

Read What Abigail Did That Summer by Ben Aaronovitch