Review: The Wheel of Osheim by Mark Lawrence 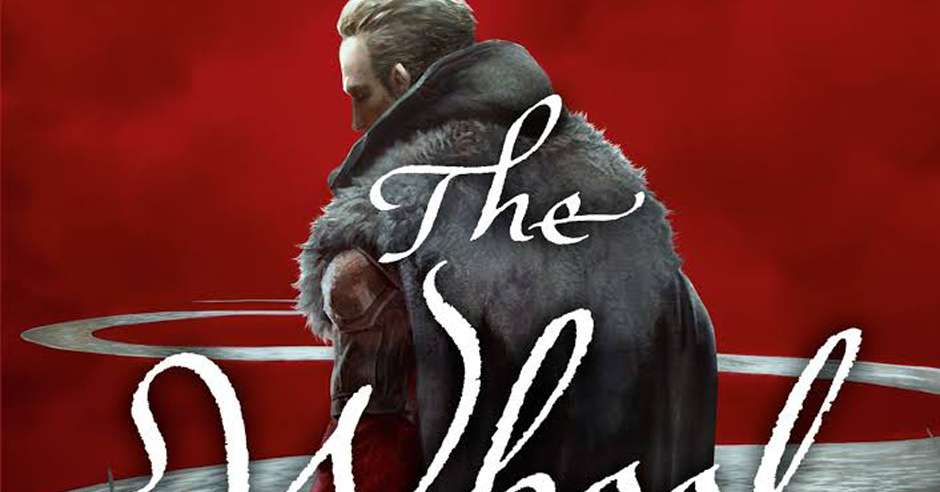 In The Wheel of Osheim, the final instalment of Mark Lawrence’s The Red Queen’s War Trilogy, Jalan Kendeth, lover of wine, women and slacking off somehow finds himself lost the bowels of Hell itself, in combat with an army of undead horrors, and forced onto a quest to save the fabric of reality. Needless to say, he’s mildly miffed.

The last time we saw Jalan in The Liar’s Key, he was being pulled into Hell after his Viking companion Snorri. The Wheel of Osheim begins after Jalan escapes Hell, and the events that took place there are given to us in a series of harrowing flashbacks. Jalan seeks nothing more than the comforts of home, yet is dragged kicking and screaming into the role of the hero and sent on a quest to stop the titular ‘Wheel of Osheim’ from tearing reality itself apart. The stakes are far higher than the more intimate Prince of Fools and The Liar’s Key. Despite the grander scale, the story remains a deeply personal one, and Lawrence’s flair for nuanced character development soars to new heights. 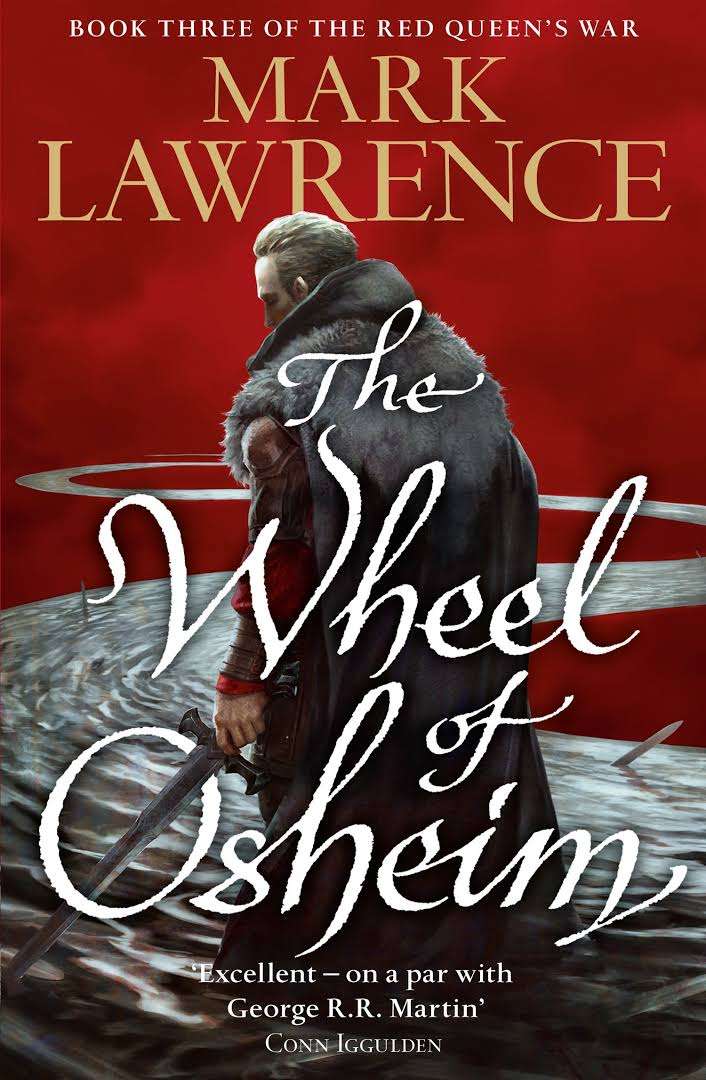 The Wheel of Osheim is a tale of wonderful paradoxes, with many of them embodied in its protagonist. Jalan started out as a pathetic coward, yet one with enough wit and charisma that you couldn’t help but root for him, and he manages to come into his own in The Wheel of Osheim, maturing and learning from his experiences without losing his core. Jalan has been through so much that, despite still claiming to be cowardly, he seems far braver than many of those around him simply by virtue of being so used to danger that he barely notices it. After spending two books with him I’d assumed that he wouldn’t surprise me anymore, yet he continues to do so seemingly every chapter. He’s selfish and selfless, fearful and brave, weak and strong, callous and caring. In short, he’s one of the most well-realised, realistic protagonists that I’ve encountered. Where Jorg Ancrath was a grimdark protagonist due to possessing characteristics that would make him a villain in any other story, Jalan is a grimdark hero because it’s as if fate plucked a random side-character from his days of drinking and gambling and forced him into the role of the hero just to see what would happen. In Jalan, we get to see how flawed, realistic person might fare in a fantasy quest.

The secondary characters are equally as well realised, even if we only get small glimpses. For example, our time with the Red Queen is brief as ever, yet when reading about her I felt as if I was staring into a lake and could just make out the suggestion of great depths. On one level I’d love to read a series following the Red Queen’s life, but on another the glimpses we get convey so much. The trilogy is aptly named The Red Queen’s War since while we follow Jalan, the Red Queen and her struggle against the Lady Blue are always at the heart of things. Snorri, of course, is Jalan’s tortured but heroic Viking companion, and while Jalan spends time apart from Snorri this time round, his influence remains important. Snorri is another paradox since while he’s a hulking muscle-bound warrior, he’s perhaps the most vulnerable character in the book. He’s what a hero might become after he’s lost everything, dead-set on the impossible task of rescuing his family from the afterlife. He and Jalan are polar opposites which is probably why their unlikely friendship is so touching and their banter so entertaining. Snorri’s heroism and equally heroic expectations are what bind Jalan to his quest: he just doesn’t want to let Snorri down. This, along with a variety of external pressures, provides a very human reason for Jalan to even attempt the ‘save the world’ quest. Kara and Hennan make reappearances, along with a variety of other secondary characters from the first two books, and their characters remain compelling.

The certain doom of the Dead King and the destruction of reality that has been creeping up on Jalan, and indeed the whole Broken Empire, is no longer the far-off threat that it has been, but explodes violently into the present. Jalan, always seeking to escape from his troubles, finds that there is nowhere left to escape to, and this realisation, along with the epic battles that accompany it, make for a fantastic ending to the trilogy. The emotional threads that have been woven through the series all culminate in a satisfying finale that links closely with the Broken Empire Trilogy. Throughout the book, Jalan traipses around the edges of Jorg’s story and provides an explanation for the forces behind Jorg’s struggles. Where the previous books in The Red Queens’s War crossed over in minor ways with the Broken Empire Trilogy, this time the links are significant. Rather than feeling like a tacked-on addition to a pre-existing story, The Wheel of Osheim slots in and adds to the Broken Empire Trilogy seamlessly. However, at times, especially in the slower first third of The Wheel of Osheim these comparisons reminded me just how fantastic Jorg and the Broken Empire Trilogy are, and made me yearn for those books. This effect was short-lived and by the time The Wheel of Osheim picked up, I was so swept up in Jalan’s story that thoughts of Jorg were far from my mind. The Broken Empire Trilogy is larger in scale and perhaps more epic, with a deliciously dark tone and clever subversion of fantasy tropes, but The Red Queen’s War stands firmly on its own merits, providing more humour, heart and an equally entertaining, though wildly different, protagonist.

The central dilemma of the novel, whether it’s worth the effort of even trying to save a world from certain doom, is compellingly encapsulated in the world of the Broken Empire. Hordes of horrific undead monstrosities storm kingdoms while corrupt rulers consolidate their own power. Undead h