REVIEW: When Things Get Dark edited by Ellen Datlow 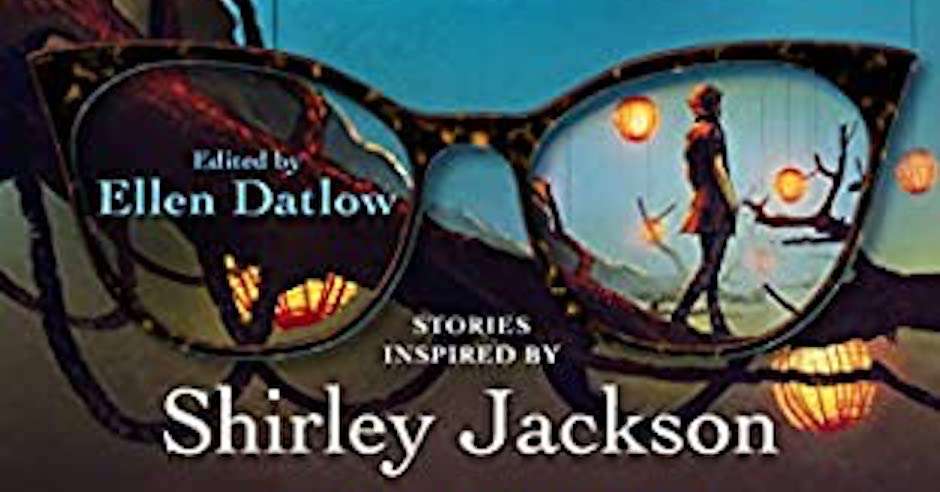 When Things Get Dark is a new anthology edited by Ellen Datlow. Datlow is a well-respected anthologist, who has won plenty of awards, including the Shirley Jackson Award three times. This made her the perfect choice for this anthology, which is intended to be inspired by Shirley Jackson and her work. 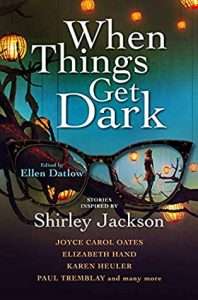 Shirley Jackson was the author of numerous books, but she’s most famous for her short story, “The Lottery,” and The Haunting of Hill House. She also wrote We Have Always Lived in the Castle, and the memoir Life Among the Savages. Her work is horror, but a very specific form, a low-key unease that gets under one’s skin rather than more direct chills.

Jackson’s work tended to center women, and those who didn’t fit in with society. Her writing was often scathing towards society (The Lottery is the most obvious, but also clearly the case in We Have Always Lived in the Castle), but there was also a longing in it for that connection, and a perpetual disappointment whenever it was made. Those are the kinds of stories in When Things Get Dark.

A collection like When Things Get Dark is guaranteed to have a few obstacles. A few of the stories felt like they aped Jackson without bringing in much of their own. One felt like a slow-burn opening and then ended quite suddenly. But the stories that work, work well.

Elizabeth Hand’s For Sale By Owner had a solid grasp on the low-key quality of both horror and humour that infused Jackson’s work. As a youth, a woman used to break into houses, not to steal but just for the thrill of it. As an older woman, she takes up the pastime again and gets a couple other older ladies to join her until they decide to camp out overnight in a long-abandoned but remarkably upkept house. This was far from the scariest story in the book, but it was a joy to read and definitely felt inspired by Jackson.

Benjamin Percy’s Hag took the uncomfortable family elements of Jackson’s work. A journalist and a mother is trying to get a story done before Christmas. She takes the ferry to the island, and discovers her daughter has stowed away with her. The resentment she feels at having to take care of her daughter while working is strong, though not overstated. Strange occurrences happen through the island they’re on as they wait to get back to the mainland, including one scene that was the most vivid moment in the entire collection.

Stephen Graham Jones’ story, Refinery Road, was a great gut-punch of a story. A young man is driving his friends around, trying to get one friend’s mind off her troubles. The violence that erupts is out of nowhere, and impossible, which makes it all the more compelling. There’s no ghost or monster hunting them. As a side note, Stephen Graham Jones also wrote my favorite book of last year, The Only Good Indians.

Kelly Link’s story, Skinder’s Veil, was the strongest in the collection. It used Jackson as inspiration, while very much being a Kelly Link story. It followed a grad student, having difficulties with writing his dissertation and being frustrated by his roommate. He agrees to house-sit a small secluded cabin owned by a man named Skinder, where he’s given two very specific instructions—let in any of Skinder’s friends, and never, no matter what, let in Skinder.

It’s impressive that a book that is to celebrate one woman, whose own work was genre-defining but had a very specific mindset, could offer up such a wide variety. It’ll be coming out just in time for Halloween, so if you’d like a bevy of very different horror stories for the season, I’d definitely recommend it.

Read When Things Get Dark edited by Ellen Datlow