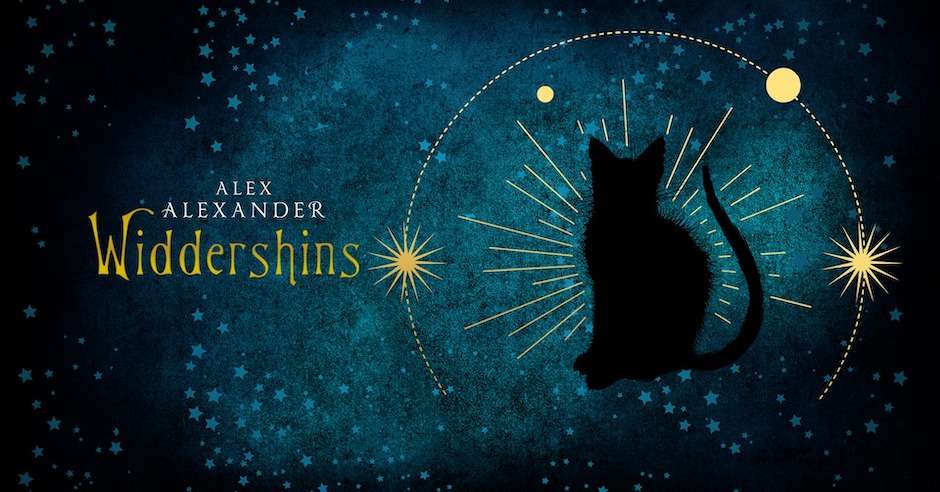 Widdershins begins in the slums, where we meet our protagonist Niclas. It’s difficult to call him hero, as he’s a pretty simple lad and if we’re being honest, he’s not the sharpest tool in the shed. He means well and tries to do the right thing, but he’s just not cut out for great heroics. 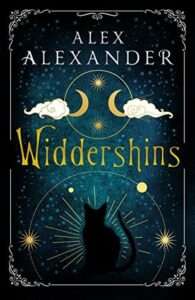 What’s unfortunate for Niclas is that he’s thrust into a series of situations where if he can’t be heroic, at least he is around others that can. The first thing he does is bungle a pickpocket assignment he’s given as a rite of passage into the top slum gang, the Crimson Men. But after he lands in prison, he’s rescued by a talking cat named Balthazar.

“It was the first time Niclas had seen a cat smile. The majority of it is in their eyes – their narrow, mischievous eyes.”

The city of Laburnum is ruled by a monarchy, but the real power is the Academy, whose laws are constructed in the interest of logic. It is the Age of Rationalism and the Academy has an Inquisition that stamps out all violations of this idea. The most heinous criminals in the land are guilty of logicide and are locked up in the Academy’s dungeons for all time.

“Anyone who goes widdershins is dubbed a criminal, convicted of logicide and dealt with as swiftly as an itch.”

Widdershins, as explained by Balthazar to Niclas, is simply going against the grain. The clock turning counterclockwise or anyone acting contrary to Logic is going widdershins.

After rescuing Niclas from his dire fate of imprisonment, Balthazar reveals that he has a purpose for this kindness. He needs a manservant, and Niclas is the closest thing he’s found to having one. There are certain things a cat cannot do for himself, as he has no hands. What’s more, most people will rail against the possibility that a cat can talk, and even if they believe it they are then risking their own investigation at the hands of the Academy. After all, the concept of a talking cat goes against all of the principles of logic and reason.

Widdershins also introduces us to the princess of Laburnum, a young woman named Cassandra. She’s a very good student who likes to read almost to a fault. While her scholar encourages her education, Cassandra exceeds expectations and soon learns that reading too much of the wrong kinds of books is a quick way to get into trouble.

“He was usually enjoying a good book. He spent four fifths of his time reading, which didn’t leave a great deal many fifths for much else. But it did make him very smart.”

There is also the Witchhunter in the city, and it doesn’t take him long to catch wind of a talking cat moving around the slums. And as a talking cat would be completely illogical, he determined that it must in fact be a witch in disguise.

Widdershins is a great escape down a dark and dangerous path, where not all is logical or as it seems. This story reminded me quite a bit of Oliver Twist by Charles Dickens, as far as its setting and our main character Niclas. The dark steampunk world gives a great sense of dread, while the hints of magic and wonder behind the curtain of Logic give us hope that it’s not all as bad as it seems. There is a certain lightheartedness to the telling as well, a touch of humor mixed in with the dire circumstances that our characters fall into.

“Some of the stuff people flushed down their water closets was really quite extraordinary.”

It does take a little bit to get the story rolling and all of the characters in place, but once they’re moving it’s a pretty riveting ride. There’s a lot going on beneath the surface of Laburnum, much of it quite literally. The authorities of the Academy would not want these secrets getting out, or it might unravel the entire concept of Logic.