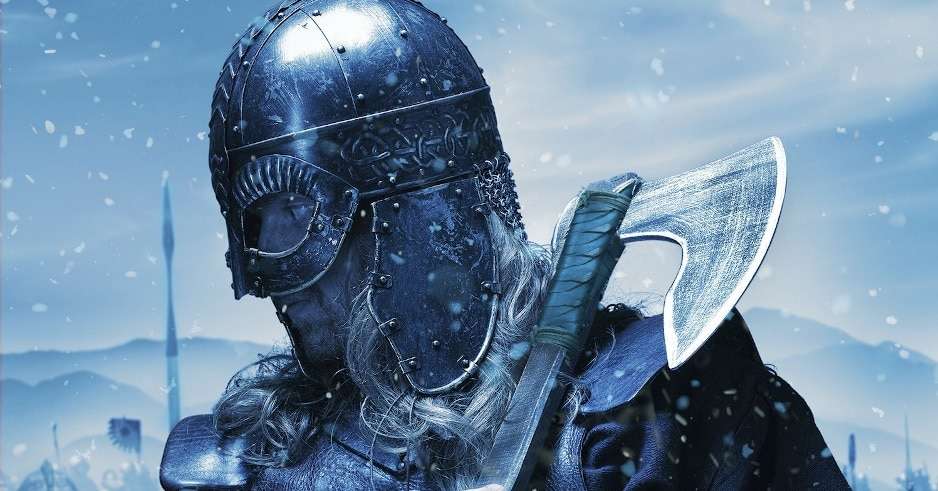 The Gjallarhorn blows, Winter’s Fire calls you to read the Saga within its pages, the fierce battles upon its seas and the violent but brilliant band of characters that accompany Sigurd Haraldsson on his journey for revenge.

“He may be a king, but sometimes even the most fruitful, sweet apple can give sour fruits.” 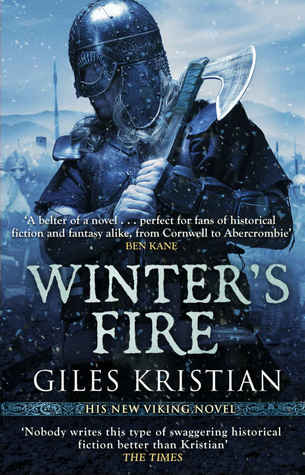 Winter’s Fire, written by Giles Kristian is book 2 of his Sigurd Trilogy, focussing on the years prior to the Raven Saga. Sigurd has a worryingly shrunken crew of Norse warriors after the ending of book 1, and must begin by amassing a larger band – all in the hope of achieving his goal, to kill King Gorm, the betrayer of Sigurd’s father. I loved the feeling in WInter’s Fire of ultimately wanting to achieve an end goal, but having to do lots of mini-stories in order to get to the final push. It felt like a game with side-characters giving Sigurd challenges for more companions, loyalty or his life. I loved it.

I also loved how it started a lot slower than Gods of Vengeance. We have got to grips with the characters by now and can spend some quiet time learning more about them and focusing on their interactions. There are some excellent characters that I would share a tankard of mead with any day, Olaf, Bjorn, Sigurd and Valgerd just a few. The beginning really allowed us to get behind the characters even more.

“Depending on luck is like wanting to hold the water in your hand.”

There are several twists and turns in this epic book. One of the POVs is a man of Alba seeking to murder Sigurd. His thread was excellently written, at times tense and frustrating but all for the right reasons. Sigurd’s sister Runa is also a thread and an intriguing one, but of course, Sigurd’s is full of everything there is to love about Viking life aboard a Drakkar ship.

If you are a fan of well written historical fiction, or Bernard Cornwell, or Vikings, or books that have plenty of action, shield-walls and all manner of violence then you’ll enjoy this! It’s a brilliant book that makes me long to be in a ship-band of my own, which is what I expect to feel like each time I read a Giles Kristian novel.

“You worry for nothing brother,” Bjorn had said, “for even a seiðr-wife (witch) cannot put a spell on something she can’t see. It would be like trying to hit a louse with a spear-throw.”

5/5 – Yet again another awesomely told Viking story! Giles Kristian is a master of historical fiction and I cannot state enough that I love these Viking adventures. The characters are formidable and hilarious, the action is blood-pumping (and blood-spurting), the landscapes magnificently described and the dialogue authentic. I am sensing that the 3rd instalment will be epic.