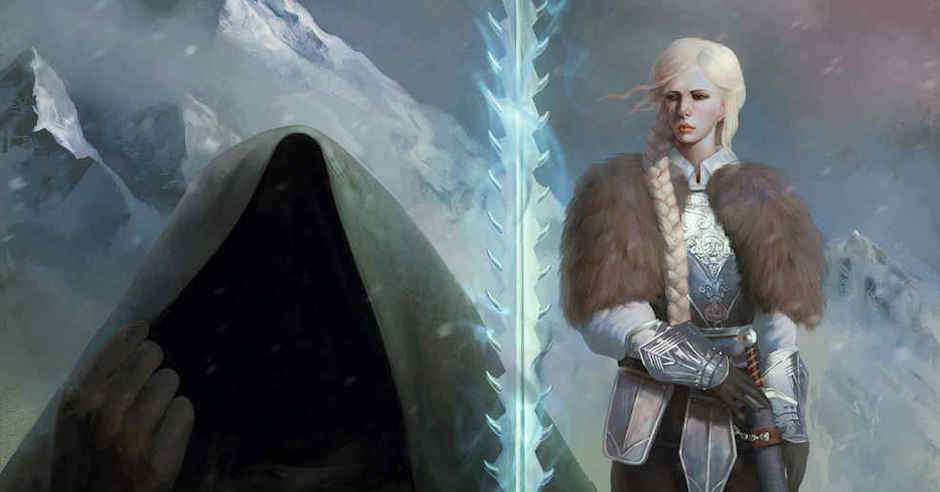 Wraith Knight, by C.T. Phipps, asks a Tolkien-inspired what-if: After Sauron fell, what would an out-of-work Nazgul do with the rest of its eternal lifespan? In this book, readers follow Jacob Riverson, an undead warrior in similar straits coping with his recent emancipation and newfound free will after the downfall of his own dark lord, the King Below. 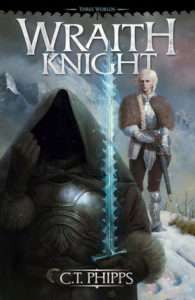 Wraith Knight is a tale told in first person, narrated by Jacob himself. On the whole, I found him well suited to the task with an enjoyable narrative voice, a dark sense of humor, and a refreshingly pragmatic outlook in dealing with his friends and enemies. His death and necromantic resurrection leave him with a 252-year gap in his memory—but this is helpful from the reader’s perspective, as Jacob’s ignorance of a changed world allows us to smoothly learn about the state of things along with him.

After his awakening, Jacob soon finds purpose and a righteous use for his dark powers in two secondary protagonists: Regina and Serah. Regina, an elfblooded warrior with a strong sense of justice, is on a crusade against the Empress and so-called Nine Heroes who murdered her family. Serah, by contrast, is a gifted witch with a talent for the darker side of magic and a significantly more cunning outlook on life. Together, the pair act as interesting (and often humorous) character foils to one another and form a sort of angel-and-devil dynamic. Other standout characters include the charismatic voice of the King Below’s lingering essence, ever tempting Jacob to take up his old mantle as the god of evil, and Creature, a former priest of the dark lord reluctantly drawn into Jacob’s service.

The world Jacob and his companions inhabit is less grimdark in the low-fantasy Abercrombie tradition and more grimdark in the vein of Warhammer Fantasy, with spiked leather gauntlets, a host of fantastical races and beasts, and countless soldiers ground to mincemeat by battlefield sorcery. Spellcasters make use of a wide range of magics (light, dark, noon, twilight, blood, true-name, etc.), and the killing fields are littered with enchanted swords and sorcerous engines of war. At times, the setting feels a little overstuffed with so many fantasy elements, but Phipps does some neat subversions of traditional genre tropes (the idea of certain races and types of magic as purely good or evil, for example) that keep things fresh. If the author ever translates this series into a tabletop RPG, I’d be the first to buy a copy.

In terms of plot and pacing, Phipps keeps things moving at a timely clip. While the events of the novel sometimes feel like a series of boss fights, increasingly epic action and a few solid (and genuinely surprising) plot twists keep the pages turning. Readers will also appreciate a few well-placed nerd jokes (like references to Sir Terry Pratchet).

While I found a lot to enjoy in this book, Wraith Knight also had a few elements that didn’t work as well for me. One among these was the staggering power level of Jacob and friends. Between the skills he learned in life as a knight and the secrets he gained in undeath, Jacob is an expert swordsman, powerful necromancer, and master blacksmith capable of crafting magical wonders. Regina is even better with a blade, and Serah’s shadow magic is capable of laying waste to scores of soldiers. With a plot that relies so heavily on action, the borderline godlike strength of the trio paired with a loosely defined magic system sometimes made it difficult to build suspense or tension. This, combined with dialog and behavior that didn’t always feel natural made it hard to connect to the characters at times.

Issues aside, this book was still an action-packed page-turner with a unique premise and a solid narrative voice. Fans of similar content in Tolkien, the Overlord anime/manga, or the LitRPG genre (although this novel leans more toward dark fantasy) should give Wraith Knight a read. I would give this one a strong 3.5/5 stars. While one doesn’t simply walk into Mordor, the Kindle store is only a click away.