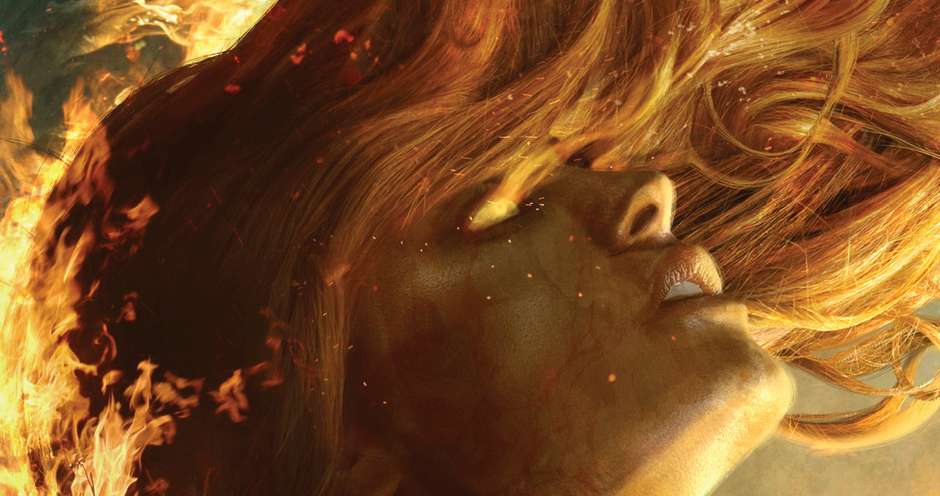 Wrath Goddess Sing by Maya Deane is a hard book to review. It is a book that it is more than the sum of its parts – a retelling of the Illiad featuring Achilles as a trans woman, written by a trans woman author. It is a first, certainly for traditional publishing. It also departs from the story as we know it from Homer in many ways, some more recognizable than others, making Wrath Goddess Sing not always easy to situate. While I thoroughly enjoyed the book as a whole, especially the gorgeous, evocative writing, taking it apart into individual elements and considering those made me feel a lot more ambiguous about the book. And that really is one of the biggest challenges as a reviewer. Do we reward taking risks, do we look at the whole and the impact that the publication will have on the landscape and push the ideas behind the book perhaps more than the sum of its part, the execution as it may be? Does reviewer behaviour affect how willing these same editors and publishers may be to take similar risks in the future, as a part of the industry who care about its development or should we be the ultimate impartial instance, treating all books exactly the same, no matter their context? I have to admit, I do lean towards the former, wanting to support traditional publishing branching out of their safe spaces, taking risks, publishing books that will garner discussion and may not be immediate bestsellers. 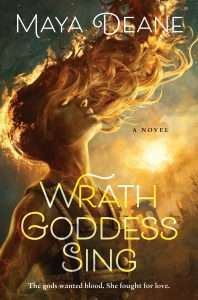 Wrath Goddess Sing takes the infamous part of the Illiad where Achilles hides among the Kallai, dressed up as one of the maidens, and asks the question: What if it’s not a costume? And for me, that was such a lightbulb moment. I had always felt uncomfortable with this part of the story, as I have with many narratives that feature characters dressing up as a different gender, but not interrogating gender identity. From there, we are taken on a mostly familiar journey – though this isn’t a straight retelling. Maya Deane takes the stories from the Iliad and weaves them into a new tapestry, which is both intriguing and at the same time slightly irritating to the reader. Given that the story, as a retelling, already has a hook that makes it a new tale, I found that especially the changed names of familiar characters and places threw me off. For example, Paris was named Aleksandu here, and Troy Wilusa. This often made me feel like Wrath Goddess Sing may have been better off – and possibly received better – as a fully self-contained fantasy novel, rather than as one based on earlier mythology.

On social media, this novel has been called out for including depictions of slavery, specifically of a trans man depicted as dark-skinned. While I have to admit that I missed this when I read the book (I’m afraid that I don’t always pay attention to visual descriptions as someone with aphantasia), the way in which the story departs from what the reader might expect from the period and known stories, makes me wonder whether this is not an element that could have been avoided. But then, slavery was a part of society within the context of the time, and as that, is not something that we should be considering under modern morals, but rather those of the period.

I found the varying dynamics among the trans women in the story fascinating – and while some parts made me deeply uncomfortable (while I’m queer, I’m not a trans woman), I do defer to Maya Deane, who is writing informed by her own perspective. I am looking forward to the book being out for a while and hearing nuanced takes on these parts from the trans community specifically, as while these experiences are not universal, I think there are valuable points to be made and taken from here.

As a whole, the book is utterly bonkers, full of godly intrusions and strong characters who are determined to shape the world along their will. It is, in many ways, a great book, and one that will – and already has, in my communities – start discussions. The writing stands out and draws the reader in, creating a unique book and one I will think about for a long time to come.