Wrath of Madness, book 2 of The Madness Wars begins where the first book left off, the conquest driven nation of Drine pushing through on their campaign of conquering the neighboring country of Tienne.

The Madness is out of sorts. Rextur, the warlord general of the Drine forces, has suffered a surprising defeat at the hands of the boy king Peter Redfist. But Rextur hadn’t developed the reputation of being the world’s finest strategist for nothing. He is regrouping and taking another shot at the resisting forces led by Peter and the clans that he has under an unsteady truce. 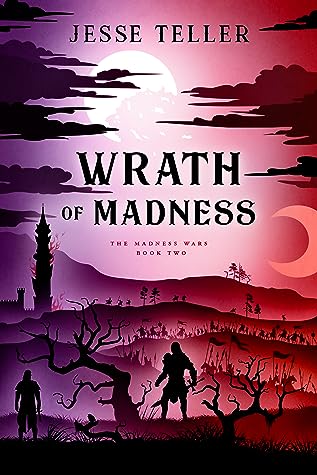 As with the previously reviewed Onslaught of Madness, this book takes the reader in for the long haul. We get a variety of point of view narratives from players on both sides of the conflict.

Joining Rextur’s POV on the side of Drine are new characters. Strick is an elite soldier, one of the Lunatics, making his way through from the ground level, where he interacts with characters we’ve seen before.

We also get a unique perspective from Cursed, the wife of Treason, who is Rextur’s top general. Through her story we get a picture of the conflict going on within the Drine aristocracy, as the key power elements are shifting, drawing a fine line between God and King.

Saykobar is a mage that we encountered for a short time in Book 1, but he is now featured as a POV character. He has been snared by a demon known as Valkyrie and sent to assist Rextur in his conquest. Her motivations are unknown to Saykobar, and he is constantly trying to find a way around her control.

Tarana is one that the reader might question as to which side she is on. The answer is simply, Tarana is on Tarana’s side. She’s the daughter of a recently defeated warrior lord of Tienne, and she’s very annoyed that her standard of living has been compromised by the invasion. She is a noble lady, and expects to be treated as such. Joining a group of refugees is the utmost trial for Tarana, as they don’t even have a litter to carry her on!

Besides Rextur, we also have a couple returning POV characters, Aaron and Vianne.

Aaron the Marked is now known as the Demon, one of the chiefs of the Nation of Three led by Peter Redfist. He’s tasted war and he’s good at it, and though he is held in the highest esteem by his boy king, he still feels that he is inadequate for the task. A boy himself, he’ll do anything asked of him by Peter, without question, and Peter is counting on him to be quite the Champion.

Vianne is the Lady of Stonage, ruling in the place of her recently assassinated fiancé Brom Colmax. She’s been accepted by her new people as their ruler, and fully intends to wed Brom regardless to the fact that he’s been murdered. She’s the Porcelain Witch, of course, and she has a way. Beyond this, Vianne also has some family matters back home in Prox which will prove to be even more challenging than marrying dead men.

As the individual stories of these people play out in different parts of the nation of Tienne, the reader gets a real variance in perspective within the scope of this conflict. The events don’t seem connected at first, but as we venture through the narrative, we see how they come together by the end of this volume.

There is a lot going on, and it is often confusing as to what exactly, but I learned to stick with it and see it through, knowing that we’ll get a payoff in the end. It might not be a happy ending, but the reader is indeed rewarded for staying on course. While the book feels rather long at times, by the end I felt that there should have been more, and that I am eager to see what happens in the next volume. 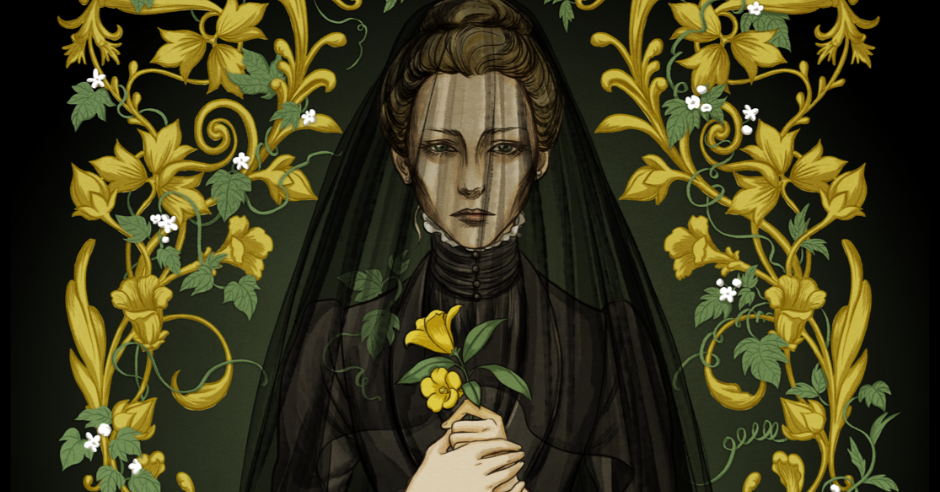