REVIEW: You Let Me In by Camilla Bruce

I would like to thank Netgalley and Transworld for providing me with an advanced readers copy of You Let Me In in exchange for this honest review. 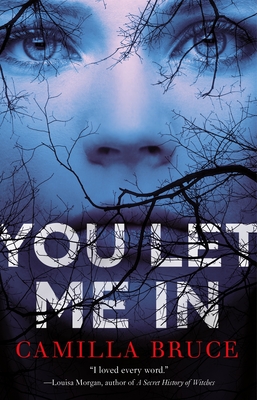 Cassandra Tipp went missing a year ago. The elderly author left very specific provisions for this scenario in her will: a year after she had last been seen, her estranged niece and nephew would be let into her study and given her last manuscript, containing a password, to read. If they finished it and found the password, they would be able to claim their inheritance. But Cassie’s truth might be more than they bargained for…

Told through an in-character memoir, the story is a closely reflected first-person account of Cassie’s life and relationships from the time she was a child up to her disappearance late in life. Throughout, the reader is kept on their toes, as it soon becomes clear that Cassie is believed to be suffering from mental illness, while she herself tells a very different story of dark faerie companions. It is this narrative decision that makes this book so interesting: it keeps the story free of any sort of definite moral judgment on Cassie on the reader’s part.

The pacing was great, and You Let Me In made for a great reading experience, especially due to its unique format. However, I do believe it would have benefited strongly from a second narrative strand – that of Cassie’s niece Penelope and nephew Janus reacting to their situation.

There was a hint of this through Cassie’s memoir where she was narrating her expectations of their reactions, but it would have enhanced the story to have their views included, and their personalities shining through a little more.

Like them, many of the human secondary characters fell flat, which made sense in the context of the storytelling choices made, so this is not a point of criticism – they merely did not merit much attention from Cassie. Her interest had always lain more with the mysterious faeries, especially the so-called Pepper-Man who had visited her since childhood. They are creepy, morbid and cruel, not properly alive, fascinating and intriguing, and we do not know much more about them by the end of the book. There is murder, magic, and more, though the exact ratio needs to be decided on by the reader based on the hints given. I’ve given this creepy, psychological fairy tale four of five stars, and am looking forward to seeing what Camilla Bruce comes up with next.

Buy You Let Me In by Camilla Bruce

Tags: Camilla BrucefictionhorrormysteryThrillerYou Let Me In