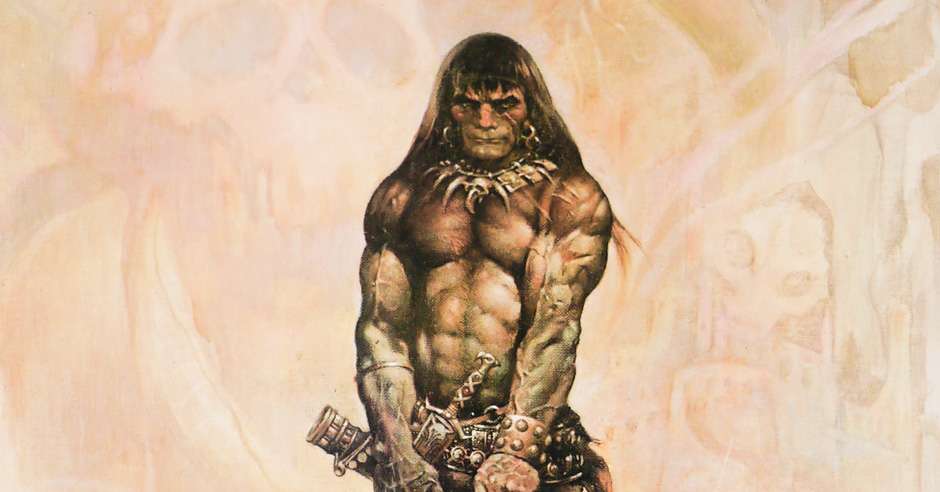 Grimdark is a relatively new label for speculative fiction. Maybe the term first rolled around on your tongue while painting Warhammer miniatures back in the 90s, or perhaps it took Joe Abercrombie’s Twitter handle to embed this compound word into your personal lexicon. But the content that’s come to define this genre—the morally ambiguous characters, bleak circumstances, and thought-provoking dilemmas—is far from novel. Of course, dark stories have been around since long before the written word existed, but much of what we’ve come to associate with grimdark fantasy is rooted in the stories of pulp master Robert E. Howard.

Sure, Michael Moorcock, Karl Edward Wagner, and countless others helped provision the journey from dark fantasy to grimdark. But before their time,way back in the 1930s, the Texan known as ‘Two-gun’ was spinning fantasy yarns driven by morally deficient heroes with selfish and sometimes  disturbing motivations. Notably, these sword-and-sorcery tales, as they came to be known, were antithetical to the more hopeful and altruistic writings of Tolkien and those who trailed him. Howard was among the first writers to blend gritty, blood-pumping adventure yarns with dark fantasy elements, and in this regard, I don’t believe he is always given his due credit.

Though Howard’s settings aren’t aggressively bleak, they are as cold and cruel as one would expect from pseudo-historical settings. But it is not so much the plots or the places that resemble our modern concept of grimdark (though there are similarities)—it is his characters and their motivations. His most popular and enduring creation, Conan the Cimmerian, is not a typical hero. While many claim he is an anti-hero, and certain traits favour that description, that label is both vague and wide. Conan should not be so carelessly categorized, nor should Bran Mak Morn, another of Howard’s barbarian kings. After a careful examination of these two characters, I’m comfortable asserting that Howard was the godfather of the grimdark protagonist.