The Self-Published Fantasy Blog-Off and the Evolution of Publishing 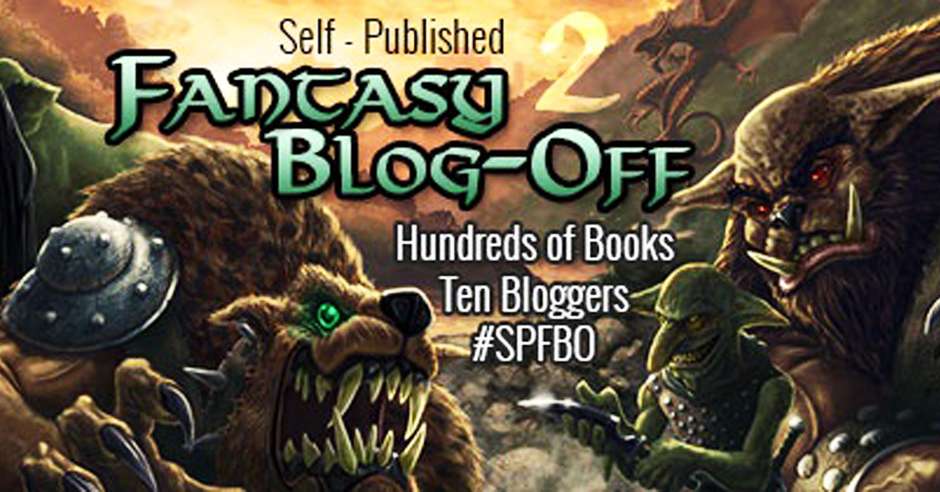 Chances are you’ve heard of the Self-Published Fantasy Blog-Off (or SPFBO) at some point in the last two years, a contest where 300 self-published authors submit their novels to ten blogging sites who review them and cull the lists down to their very favourites, until a winner is announced.

Back in 2015, Mark Lawrence proposed the competition on his blog, which outlines how the contest works. People flocked to it and, at the time of this writing, the contest is in its third year, with the latter rounds approaching. A list of the blogs taking part and a brief yearly breakdown of the contest can be found at Fantasy Faction.

There is also a more in-depth article at Fantasy Faction if you’d like more information about the contest and self-publishing in general. I interviewed a few authors, including Mark Lawrence, asking for their insights, and their responses were overwhelmingly helpful. It seems that the SPFBO has done a lot of good for a lot of people and has proven that there are a whole lot of gems just waiting to be read out there. So far, almost a thousand books have gone through the contests.

The first and most obvious question is this: why would a lofty, successful, traditionally published author like Mark Lawrence step down from Olympus to help out self-published authors? His answer is a good one, and the success of the SPFBO has proven all of his suspicions right.

The contest has indeed given self-published novels in general a better reputation and helped them gain new readers. Looking into the winners and runners-up from the first two years proves that. Michael McClung, 2015’s winner, landed a publishing deal in the wake of his success, and has even gone back to self-publishing after that, since it’s becoming clear that self-publishing can often be more desirable than traditional publishing, showing just how far self-publishing has come in recent years. The runner-up for that year, Ben Galley, has also found great success, and there’s an interview with him detailing that at Fantasy Faction.

Jonathan French won 2016’s SPFBO with The Grey Bastards which, as a result, is being traditionally published by Penguin/Random House in 2018. The runner-up was Phil Tucker. The review of Phil’s book, The Path of Flames, by Pornokitsch, the blogger that judged it for the SPFBO, caused waves online and brought lots of attention to Phil’s book, so much that he’s now working full-time as an author. It’s a great book, which I’ve reviewed on the GdM blog, and interviewed Phil about. Phil says that the 2016 SPFBO was “the first time that [he] felt like part of a community, as writing until that time had been a very solitary business”. The internet is a big, tangled place, and the SPFBO has acted as a beacon for a lot of like-minded people to come together and discover just how beautifully conceived others’ works are. Phil also says that as a result of his involvement he “organized a large giveaway, created a wonderful Slack community with [his] new friends, joined a monthly Google Hangout D&D group with four other authors, became involved with the r/Fantasy community, and received a large number of wonderful reviews which were a pleasure to read”. He was even offered a traditional publishing deal, which he actually turned down. Here are his reasons:

This response is an indicator of how the industry works today. There’s no animosity between self-publishing and traditional publishing; instead, the professionals who work in each area work with each other and ultimately decide the best way for a story to reach its readers. It seems as if there was once a strong impression that self-publishing and traditional publishing were at odds, in different worlds, jostling with one another, but