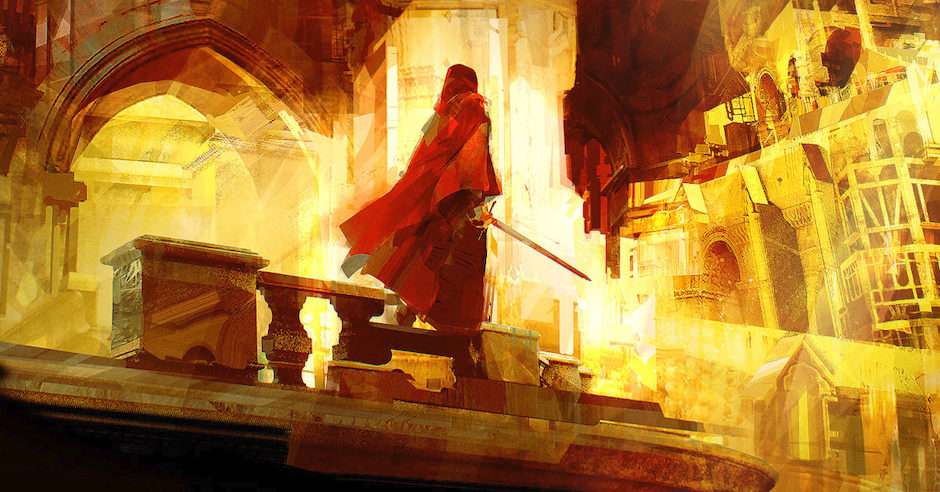 SFF in 2020 is something we’re all very much looking forward to. There’s plenty of goodness on the horizon, and in lieu of the release date of Joe Abercrombie’s The Trouble with Peace, our team has each come up with their most looked-forward-to read of 2020. Tell those TBR piles that pain is a’coming!

The Shadow Saint by Gareth Ryder-Hanrahan 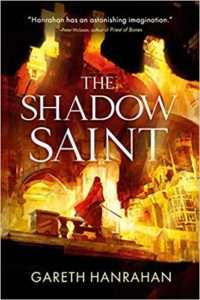 I’m really looking forward to The Shadow Saint by Gareth Hanrahan! The Gutter Prayer was brilliantly original & so fucking bonkers! I loved it!

Blurb: Thieves, dangerous magic, and a weapon built with the power to destroy a god clash in this second novel of Gareth Hanrahan’s acclaimed epic fantasy series, The Black Iron Legacy.

Enter a city of spires and shadows . . .

The Gutter Miracle changed the landscape of Guerdon forever. Six months after it was conjured into being, the labyrinthine New City has become a haven for criminals and refugees.

Rumors have spread of a devastating new weapon buried beneath the streets – a weapon with the power to destroy a god. As Guerdon strives to remain neutral, two of the most powerful factions in the godswar send agents into the city to find it.

As tensions escalate and armies gather at the borders, how long will Guerdon be able to keep its enemies at bay?

The Shadow Saint continues the gripping tale of dark gods and dangerous magic that began with Hanrahan’s acclaimed debut The Gutter Prayer.

The Thorn of Emberlain by Scott Lynch 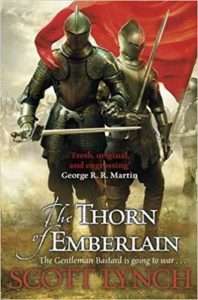 The book I am most looking forward to reading in 2020 is The Thorn of Emberlain from The Gentleman Bastards. I love this series and the twisty plot and snark. I do enjoy a bit of wit and snark in fantasy stories and this series has it in spades.

Blurb: With 50,000 copies sold of The Republic of Thieves and with praise from the likes of Joe Abercrombie and George RR Martin the saga of the Gentleman Bastard has become a favourite and key part of the fantasy landscape. And now Locke Lamora, thief, con-man, pirate, political deceiver must become a soldier. A new chapter for Locke and Jean and finally the war that has been brewing in the Kingdom of the Marrows flares up and threatens to capture all in its flames. And all the while Locke must try to deal with the disturbing rumours about