Excerpt: The Testament of Tall Eagle by John R. Fultz 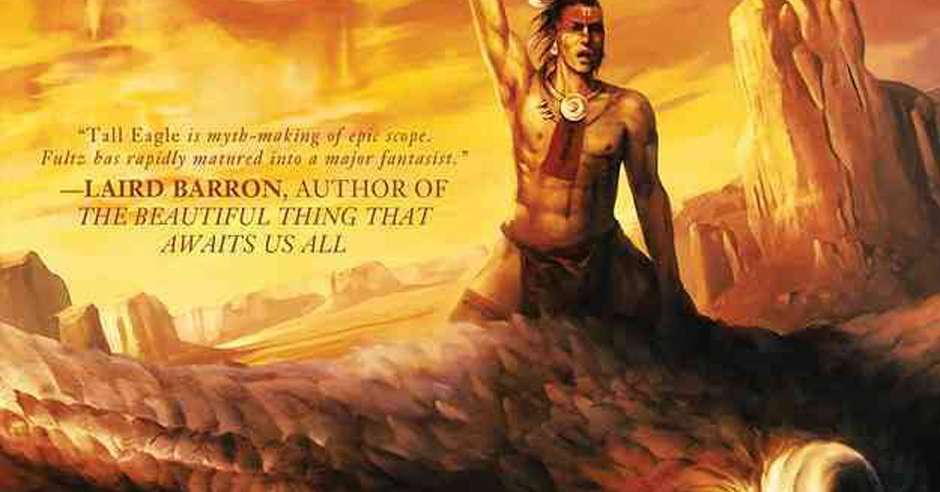 We’re really excited to bring you the an excerpt from John R. Fultz’s newest novel, The Testament of Tall Eagle. Without any further ado, I hope you enjoy Chapter 4: On the Blood Trail. It’s an excellent little stand-alone piece we know you’ll enjoy.

A young warrior’s vision-quest unveils an alien city full of magic and mystery. As a tribal rift threatens to destroy Tall Eagle’s people, night-crawling devils stalk and devour them, so he seeks the wisdom of the high-flying Myktu. These fantastic beings offer him hope, a chance for rebirth and prosperity, as two separate realities converge. Yet first Tall Eagle must find White Fawn – the girl he was born to love – and steal her back from the camp of his savage enemies. His best friend has become his deadliest rival, and now he must outwit an invading army of conquerors to lead his people into the Land Beyond the Sun.

The Testament of Tall Eagle is the epic saga of The People, as told in the words of their greatest hero. 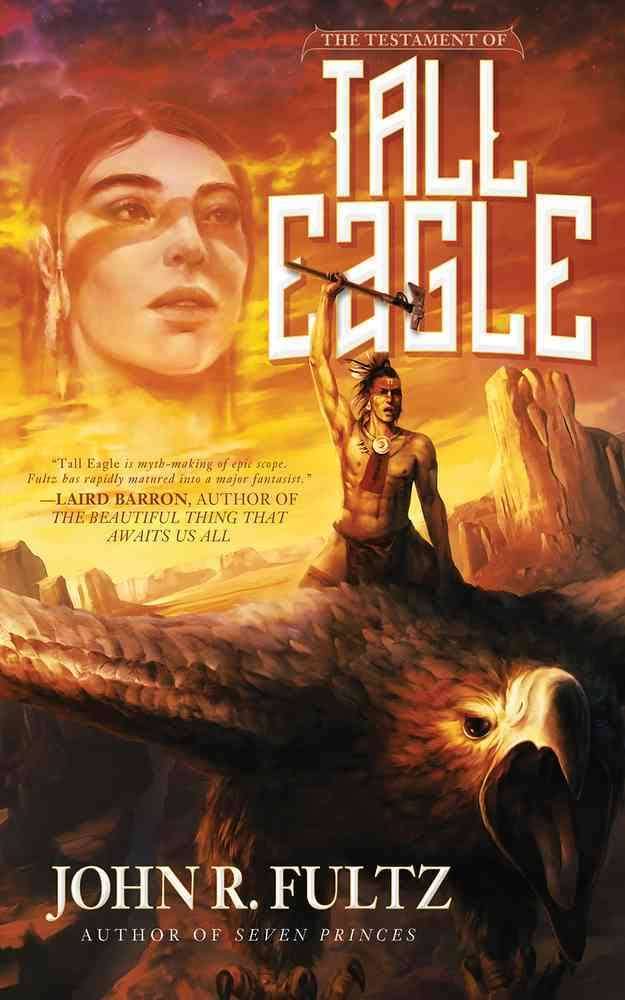 The Testament of Tall Eagle

Chapter 4: On the Blood Trail

On our third week in the new Winter Village, Bear Killer came down from a highland hunt and called together a group of men. All who were in the village at that time gathered about him and my cousin. Two Elks and I had just returned with a fresh deer carcass, and we were drawn to my uncle’s powerful voice.

“Men of the People!” said Bear Killer. “Warriors of my heart! The Bear Spirit has sent me a powerful vision. With my son Rides the Wind I hunted the highland bear this day. I sought to kill another of these mighty beasts and take his strength into my limbs to make vengeance on our enemies. Look now, all of you, on what I found when I walked the trail of the great bear!”

He lifted a sack of buffalo hide and poured its contents clattering onto the ground. Men drew in their breaths and made sacred symbols above their heads. Before the feet of Bear Killer lay a bear’s entire skeleton, white bones picked clean by some unknown predator. He picked up the great bear skull and raised it high.

“The bear was already dead and his flesh worn away before I even raised musket or spear!” He placed the bear skull onto his head like a white hood. His eyes looked out from between the yellowed fangs. “The Bear Spirit tells me that the time has come for us to make war on our ancient enemies! The Urkis will fall like these brittle bones beneath the roar of our guns and the edges of our axes! We will take scalps and avenge our brothers who died on the plains! Now is the time, while our teepes are stocked with good meat, and the mountains still free of snow. Now is the time to walk the warpath! Who will follow me?”

This was the moment my cousin and I had been awaiting. We were the first to step forward, shouting our war cries into the air. Laughs at Death came forward as well, hoisting his war axe with its gleaming metal head. Sharp Tongue’s shoulder wound had mostly healed, and he stepped forward to join our howling. Then came Little Hawk, Black Feather, Wolf Eyes, and Storm Caller. Broken Knife and Red Hawk were the last to step forward, but their voices were loud and strong. They saw the wisdom of Bear Killer’s magic. By stepping forward, we had made Bear Killer our war chief. We would walk the Blood Trail this night.

“Let the word go out,” said Bear Killer. “Go and work your magics, call your omens, sacrifice to your guardian spirits. Tonight comes the war ceremony. I go to light the big fire.”

I climbed alone to the promontory in the glow of early evening and burned a sacred herb. I sang my song to the Eagle Spirit and offered a drop of my blood to the flames. In the ruddy light of sunset, I saw a great bird sail across the horizon and dip into the forest that filled a distant valley. I knew it was an eagle swooping to take its last prey of the day. So would we prey upon the Urkis in the coming battle. Filled with the exultation of the Eagle Spirit’s blessing, I climbed down into the valley and joined the war ceremony.

All the hard work of the past weeks was forgotten as the village gathered about the sacred fire. Bear Killer stood proudly in his bear-skull bonnet, which now trailed many feathers, charms, and beads of copper and glass. Warriors stomped the earth to show the power of their feet and legs, they tossed chants into the leaping flames to announce their strength of spirit, and they leapt into the air, returning to the earth with mock blows upon their imagined enemy. I joined my war brothers and we howled at Mother Moon, stirring ourselves into a frenzy. So many years I had watched the warriors prepare themselves for the Blood Trail, but now I was a part of it.

About the circle of dancing, shrieking warriors stood every woman of the camp, yowling and singing to honor their men. I knew White Fawn was there somewhere, adding her beautiful voice to the big noise of the females, and I knew my mother and sister were there too. My father watched the ceremony from the d