The Case for Conflict

In discussions about the genres of horror, science fiction, and fantasy, and the distinctions that set them apart, it becomes abundantly clear that these three genres are also easily blended together. However, posting about these three genres on social media always brings out passionate genre buffs who rarely stray from their preferred genre of choice. The communities surrounding horror, science fiction, and fantasy seem to build a strong presence, especially noticeable on Twitter, and the three “kingdoms” rarely intersect.

Except for grimdark fans. grimdark lovers frequently play quite nicely in the sandbox of horror. More on this later. 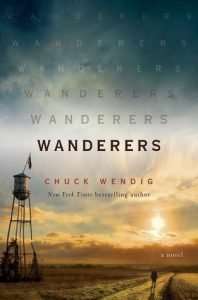 At a book signing for Wanderers by Chuck Wendig at The Elliot Bay Book Store in Seattle, I asked him if there was any fandom crossover between his Star Wars books and his other books?

The short answer was “No.”

The longer answer was basically “Sometimes.”

Those hard to pronounce names.

All the natural, scientific laws of this doohickey and that gizmo—everything has to be explained and demonstrated, and oftentimes I’m still confused!

These are pretty much the same complaints I have about fantasy. The learning curve can be so intense! Recently I convinced my husband to watch Game of Thrones with me on HBO Max.

A re-watch for me since I’ve already watched the series in its entirety and read the whole book series. (Where’s Winds of Winter, George?)

But there is so much up-front investment to gain access to this story! There’s a huge cast with an intricately plotted storyline, tons of backstory and history; it’s very, very complicated, especially for newcomers. Fans of the show who had read the books have no idea how much of an advantage they had in understanding what was going on in season one. Book nerds, like me, who grew up reading high fantasy, are accustomed to remembering details, character relationships, and such… but it’s a lot of work. My poor husband is intrigued by the basic premise of all these kingdoms vying for the throne, but I often have to pause the show and act as his personal tour guide through Westeros. 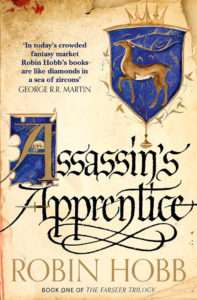 I remember a similar experience I had with Robin Hobb. The notion of becoming a fan of Hobb’s books is daunting.

It’s not just one series of books, but five! Fantasy fans love this stuff: Buying into a whole mythos and investing time in an entire universe. Multiple worlds, a large cast of characters, and hidden Easter eggs hidden throughout the books for super-nerds who have been there since book one.

I know the wanderlust well. I’m a huge fan of C. S. Lewis and Tolkien, so I’m familiar with being bitten by that bug, that sense of going on a long, literary journey; it’s very appealing for some.

Nowadays though, I just don’t have the time to wander off into the weeds with a huge fantasy series. The mental labor it requires is not conducive to my lifestyle. As a freelance writer of book reviews for several platforms, I need books that are a “one and done,” books that welcome me into the story and whisk me away to some horribly dark place where I can feel the edges of reality slip away as the