The Dungeons & Dragons: Honor Among Thieves trailer is out! 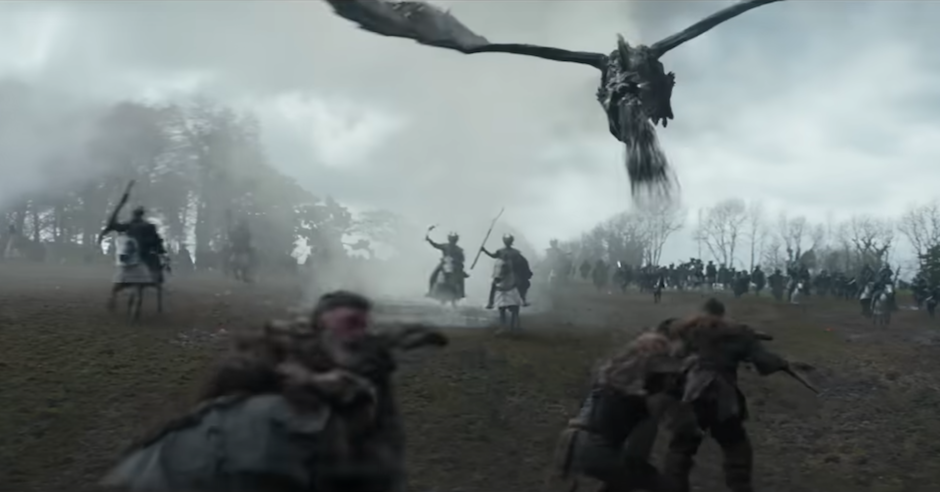 Twenty-two years feels like a lifetime ago. I was nearly a whole other person; not as hardened or calloused to the world and its offerings. Not as jaded, certainly. I was an eager teenager with big bright eyes and on one weekend in particular I bought a ticket, a grossly over-priced and over-sized bucket of soda and tub of popcorn, and shoved myself into a seat to watch the much anticipated Dungeons & Dragons movie. What a time to be alive and a geek in the world. I’d spent most my young life consuming fantasy novels and game supplements, having adventures in imaginary lands with my friends, and none of us could believe they’d finally gone and made an actual movie seemingly just for us.

Fast forward roughly one hour and forty-seven minutes later and I left the theater … a little perplexed over what I’d just experienced. Flash forward roughly another twenty-two years and the world has seemingly, blissfully chosen to forget the existence of what would only be remembered as something of a box office flub at best and an absolute failure at worst (3.6 on IMDB says a lot). Which means it would come as no surprise when it was announced by the cinematic powers that be another big screen, blockbuster adaptation of the world’s most beloved role-playing game franchise was being adapted again there was a bit of a reaction. People were forced to dredge up memories of purple melodrama and unfunny comedic bits. Weird ear monsters and less savory moments. The most vocal of the crowd were flat out against it, of course. The fandom has grown emboldened and empowered over recent years thanks to a surge in popularity and acceptance of the past-time once relegated to nerds, losers, and weirdos in their parent’s garages and basements. We have a voice now and we will be heard, dammit.

The powers that be must’ve listened. Must have taken the fandom seriously. Maybe some of the folks making the new movie were some of the same kids who, just like me, walked out of that theater twenty years ago wondering what the hell just happened. Maybe, just maybe, they thought they could do better. They had to do better.

If the recently released trailer for Dungeons & Dragons: Honor Among Thieves is anything to go by, we’ve got something really special to look forward to. A trailer is made—edited and weaponized—to serve a singular purpose: distill something down to its absolute essence and raise interest, and the trailer I watched did that and then some. It got me excited. It made me genuinely happy. Sure, yeah, some of that was a brilliantly applied bit of Led Zepplin scored over all the action but a lot of it was just the tone and the portrayal of the action and the characters themselves. The movie just looks fantastic, top notch, like it takes place in a thriving and detailed world. The characters look fascinating and interesting and fleshed out and genuinely serve up some funny moments just in the couple minutes of the trailer’s length. More than anything else, what the trailer for Dungeons & Dragons: Honor Among Thieves does accomplish?

It looks like an adventure I want to go on. And that’s exactly what a movie is supposed to be. That’s what a night around the table with your friends, rolling dice, laughing and hollering until the sun comes up is supposed to be.

It’s supposed to be fun.

Straight out the gate the trailer for Dungeons & Dragons: Honor Among Thieves sets the tone with a dragon. A freaking dragon. And, I don’t know, unless I’m mistaken it looks like a black dragon and that is just rad as hell and makes my geek heart soar. Then, sure, cue up Whole Lotta Love and the party’s rocking. If the trailer alone is so damn cool, it sets a heavy precedent for the rest of the movie. One I hope it definitely capitalizes on, especially with the party of adventurers—like the super cool Druid that goes full owlbear and hulks out on some unsuspecting knights. Major points. It’s like a highlight reel of awesome moments you’ve always wanted to see come to life from your own game sessions.

So, yeah. I’m hopeful. I’m optimistic and excited and will without question be buying a ticket and checking out Dungeons & Dragons: Honor Among Thieves on opening weekend. I’ll probably be blowing the dust off some old, beloved books I haven’t spent any time with in too long and diving back into a world I’ve stayed away from for a lot of years as well. I feel a bit inspired. It’s an exciting time to be a geek, and the new trailer has given us something I think truly worth being well and excited about.