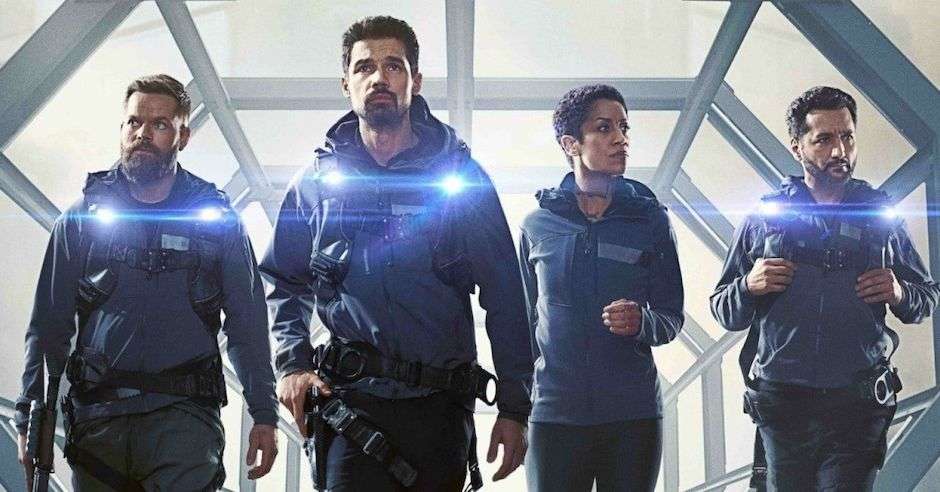 Based on the acclaimed series of novels by James SA Corey (pseudonym for writing duo Ty Franck and Daniel Abraham), The Expanse has become one of the most popular science fiction TV shows of recent years. Drawing praise for deep and nuanced worldbuilding, realistic portrayal of space physics (up to a point) and a compelling cast of characters, the show survived being dropped by SyFy to be picked up by Amazon on the back of fan support.

Now, with series five (of six) less than a week away, it’s a great time to recap the state of the show’s universe and look at why it’s of interest to fans of grimdark fiction. It goes without saying that if you’re not up to series five of this show or the relevant part of the book, spoilers below. You’ve been warned.

The show embraces shades of grey, with all of our main protagonists being far from noblebright. First the ragtag crew of the dubiously salvaged Rocinante – captain James Holden, engineer (and Holden’s romantic better half) Naomi Nagata, engineer Amos Burton, and pilot Alex Kamal who are respectively a dishonourable discharge from the navy, a former terrorist, an absentee father, and severely lacking in social graces. Supporting them is the politically astute former Secretary General of the UN, Chrisjen Avasarala and Bobbie Draper, a former Martian marine who falls in with black marketeers. They’ve all made and are willing to make the tough and bad choices.

There’s also the personality of a jaded Ceres policeman–Josephus Miller—riding in Holden’s head as the Investigator of the protomolecule, looking to find out who destroyed the universe well before humanity re-populated our small corner of it.

The personal choices and relationships of these characters are a delight to watch with standout performances from all the actors. Holden and Naomi’s relationship is strained by their differing influences, Alex tries to keep the group together, and Amos veers between trying to make his own decisions and deciding it’s best if he uses Naomi as a moral compass, lest he beat up the wrong person again.

Elsewhere, Avasarala’s attempt to hold things together on Earth while Bobbie dealing with her illusions about Mars being broken down and the tense relationship between Belters like Camina Drummer, Klaes Ashford, Anderson Dawes are all fascinating and enthralling. 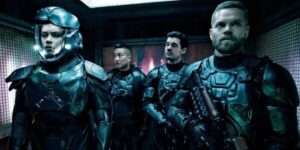 Despite technological advances, the universe of The Expanse is not kind. This is not Star Trek with its post scarcity societies or Star Wars with physics breaking lightspeed for all and space wizards. Earth is corrupt, overpopulated, polluted, and profoundly unequal, with the majority of the population barely getting by on a below subsistence handout called Basic. Earth is also at loggerheads with its former colony on Mars, now the Martian Congressional Republic. Mars has a dream of a terraformed planet and has funnelled that dream into technological advancement and a fantastically devoted populace, committed to service and self abnegation.

Both of these powers exploit the asteroid belt and outer solar system, largely populated by refugees and pioneers who have developed a distinct culture–Belters. Many among the Belt are unhappy about the domination of the Inners and seek to break free, violently if needs be.

So we’ve got inequality, climate disaster, colonialism, and racism weaved all through our setting, with no clear cut good or bad characters.