The Forgotten Realms: Where to Start Reading 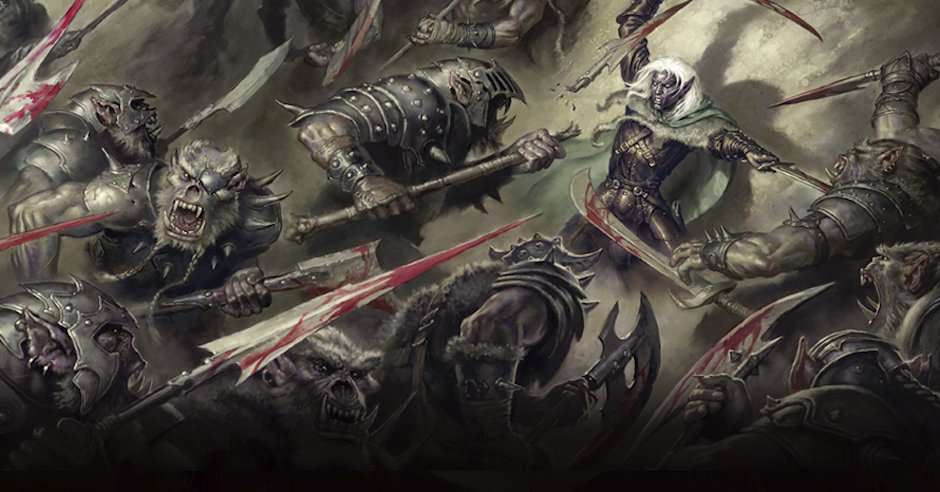 The Forgotten Realms are the most popular setting for Dungeons and Dragons, home to almost 300 novels in addition to the countless associated tabletop role-playing materials, video games, and comic books. There’s no fantasy setting with more information on it, anywhere.

That can seem daunting, but most of the books are designed to be stand-alone, or in a smaller series. There are a few major upheavals to the setting but even those rarely affect the stand-alone nature of the books too much.

But where to start?

Don’t worry. I’m here to help. Keep reading for the best jumping in points for The Forgotten Realms.

R.A. Salvatore’s Drizzt is by far the setting’s most popular character. The drow with the soul of a ranger was originally meant to be a sidekick and mentor to Wulfgar, the young barbarian that Salvatore had originally conceived of as the protagonist. But it didn’t take long before Drizzt became the protagonist, and he was never better than in this trilogy exploring his history in his homeland of Menzoberranzan, his exile in the Underdark, and his sojourn among the surface races.

Songs and Swords by Elaine Cunningham

Ed Greenwood, creator of the Forgotten Realms, had this to say about Cunningham’s books:

“When I first read Elaine Cunningham’s first Realms novel, ELFSHADOW, I thought: this lady has been reading my mind. This IS Waterdeep; she’s seeing it through my mind’s eye! It’s PERFECT!”

Elaine Cunningham has always felt like The Realms’ secret weapon. She never got the fame that Salvatore achieved, but her books were always some of the best.

Songs and Swords follows Arilyn Moonblade, a half-elf who despite her low birth was capable of wielding the powerful elven Moonblade, and the fop Danilo Thann. Thann is secretly a brilliant bard, but he puts on the role of a dilettante and a fool so that people let their guard down around him. Rounding out the group is Elaith Craulnober, a crime lord elf whose downfall was directly related to being rejected by his own moonblade. Cunningham injects real pathos and humour from these characters, better than anyone else writing in the setting.

The longest series in the Forgotten Realms follows the Harpers, a secret organization dedicated to freedom, foiling the plans of the Zhentarim, and preserving ancient art and lore. They are, at their core, a very easy way to put a Dungeons and Dragons party together in the setting.

These books were largely stand-alone. The Ring of Winter followed one Artus Cimber as he investigated the dinosaur-infested land of Chult to find the artifact The Ring of Winter capable of creating endless, magical ice. Crown of Fire followed a woman named Shandril with a strange kind of magic almost unheard of. Thornhold, the final book in the series, explored the prejudices of paladins and how easy it is to weaponize.