REVIEW: The Haunting of Tram Car 015 by P. Djèlí Clark 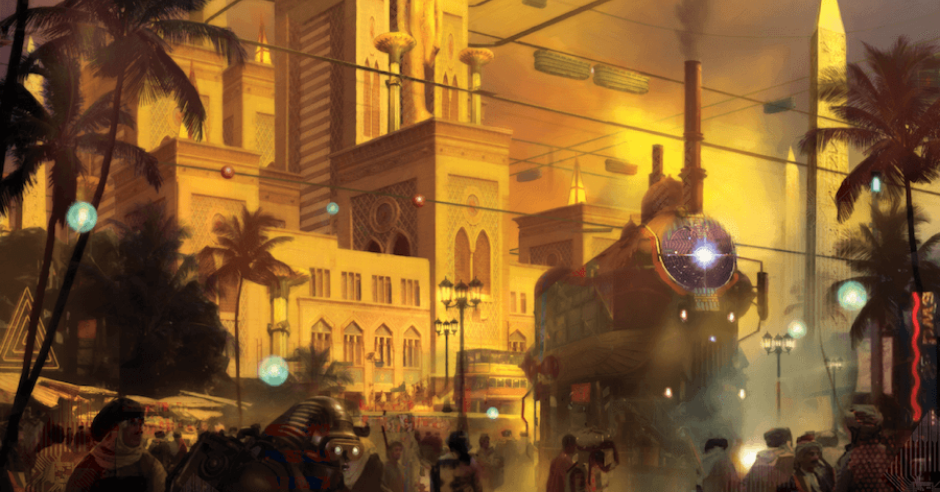 The Haunting of Tram Car 015 is a story that takes place in an alternative history of Egypt after the British rule was overthrown in 1879. Now, the year is 1912. Cairo is written as a mix of history, culture, steampunk, and magic. Djinns walk the world freely, ghosts haunt, and magic makes the world flow. This story stars a collection of characters, namely agents Hamed Nasr and Onsi Youssef. They represent the interests of the Ministry of Alchemy, Enchantments, and Supernatural Entities and are called in to investigate a tram car, part of the transportation system in Cairo, that seems to be haunted. 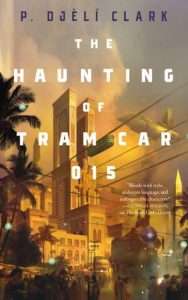 Nothing is as it seems, but they are tasked to fix the situation as speedily as possible.

One of the best parts of Clark’s writing is the texture and beauty of his descriptions. He builds a fluid, and magical world that is on one hand, believable, but on the other completely stretches the imagination. The story is fascinating in its own right, but the backstory and the current political tensions that flow behind the main characters are well done and bring depth to the tale. Political upheaval is everywhere in the form of women’s suffrage. Women are close to getting the right to vote, and that plays a massive part in how characters behave and relate to other characters in the story. The political climate is a live wire snapping and sparking.

“That spirit was just a formless being minding its own business. Then, it encountered men. And they decided to make it this beautiful woman or this monstrous crone, because that’s the only way many men can even view women. Maybe they were looking for a way to explain why their wives died in childbirth, or why infants died in their blankets. Maybe they were just afraid of old women. So, they made up this al, conjured it up as a woman, and blamed it on her!”

Hamad, the lead investigator for the story, is a steampunk world-weary sam spade type character. He has seen a lot, experienced a lot, and has developed a certain pragmatism towards cases. But what makes him such a great character is his ability to adapt. As issues pop up he pragmatically handles them but is intelligent and adaptable enough that he can look beyond the easy. He is also funny and adds a bit of mischievousness to the story which adds a much-needed levity. I enjoyed reading about his interactions with various people and entities.

Clark writes a fascinating story in The Haunting of Tram Car 015, and one that doesn’t fall short. There are no coy or trumped-up false moments. This is just fantastic storytelling. Since writing this story, Clark has gone on to write Ring Shout and A Master Djinn which is a full-length novel that takes place in this universe. Again in those books, Clark’s imagination soars.  I recommend reading the entire series thus far of the Dead Djinn universe, you cannot go wrong with this level of storytelling.

Read The Haunting of Tram Car 015 by P. Djèlí Clark