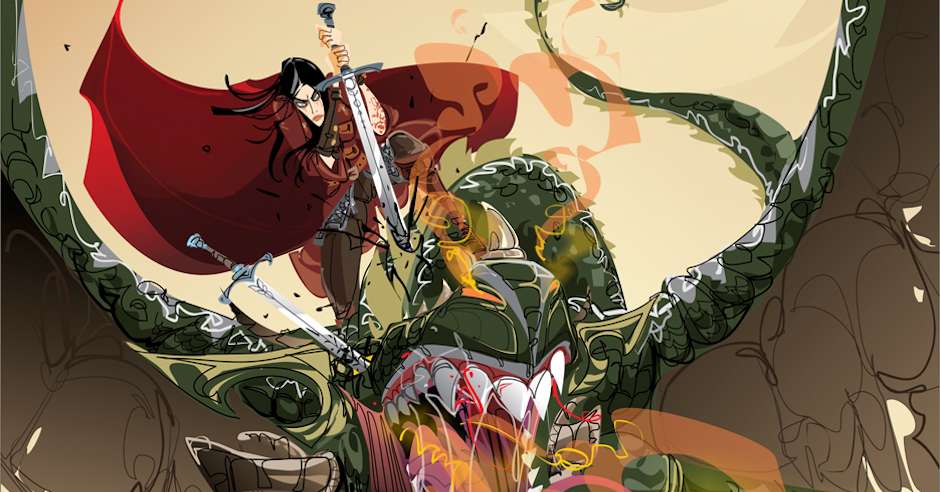 Enough from me, check out Dejan’s work with commentary from this brilliant artist on each piece, below.

The Court of Broken Knives 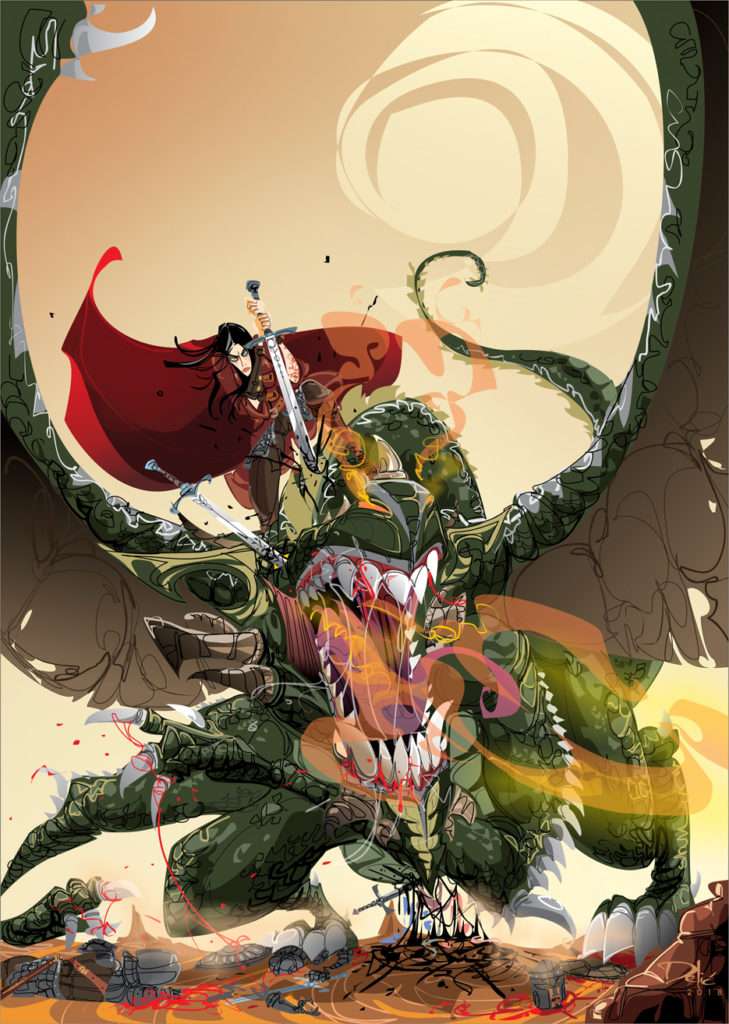 The Court of Broken Knives is inspired by Smath-Spark’s main character, Marith. In this scene we see Marith dealing with the dragon, releasing some of his potential when it comes to murder abilities. Such an amazing character, considering his acts and behaviour. Not to mention Anna’s outworldly writing style. It’s inspiration itself. 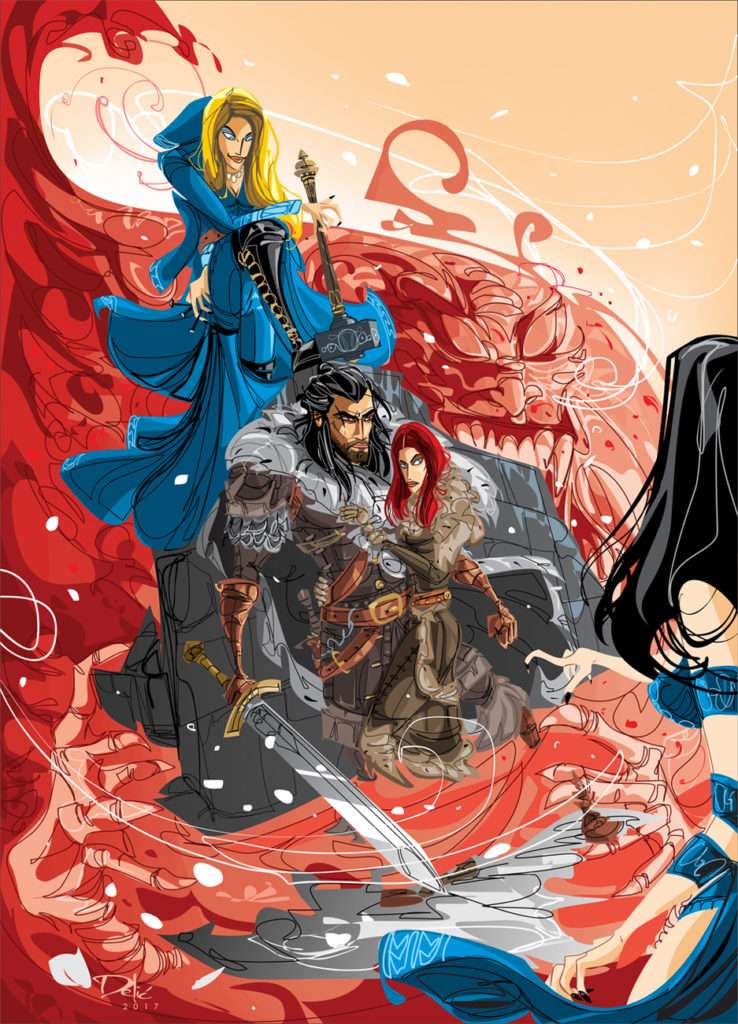 Godblind by Anna Stephens is inspired mostly of the dark tone of her first book. I’ve wanted to express the entire story in one picture, in composition made of almost all main characters. And I think it’s dark as her book. 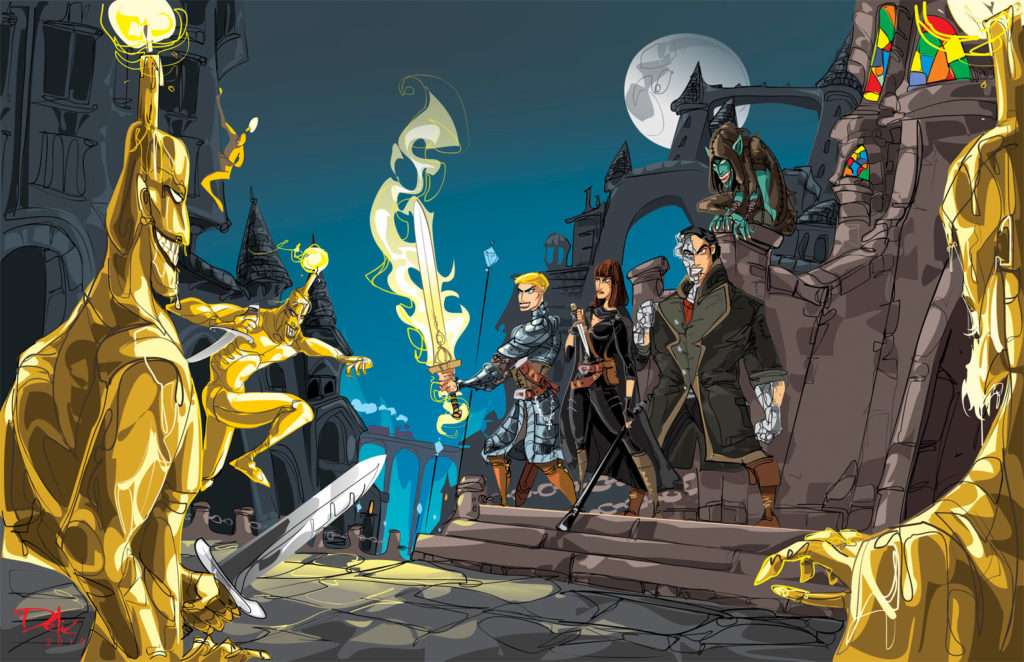 The Gutter Prayer is inspired by main characters from Gareth Hanrahan’s first book in his The Black Iron Legacy. This is such amazing and crazy series, and it’s hard to resist not to illustrate it. Can’t wait for the next sequel in the series. 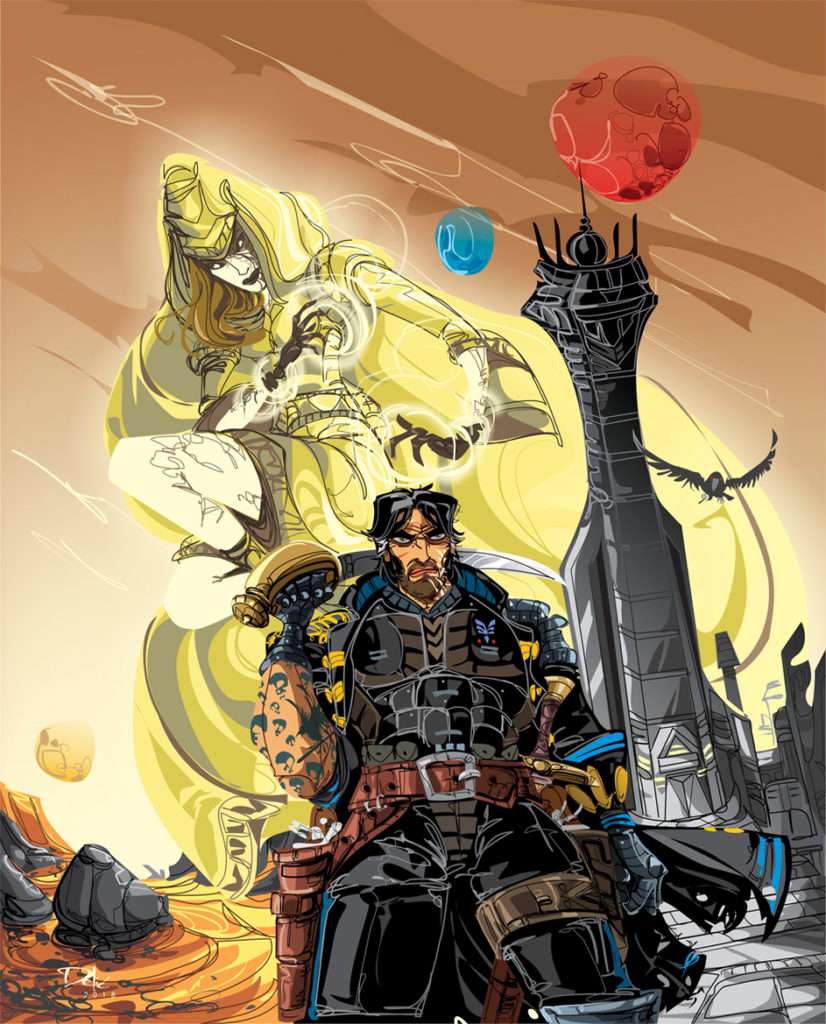 Ravencry is inspired by main character in the series, Ryhalt Galharrow, and his dealing with Ezabeth’s absence in the second book. I wanted to present his duality between The Misery and Valengrad, and something that will change him utterly. No spoilers, of course! 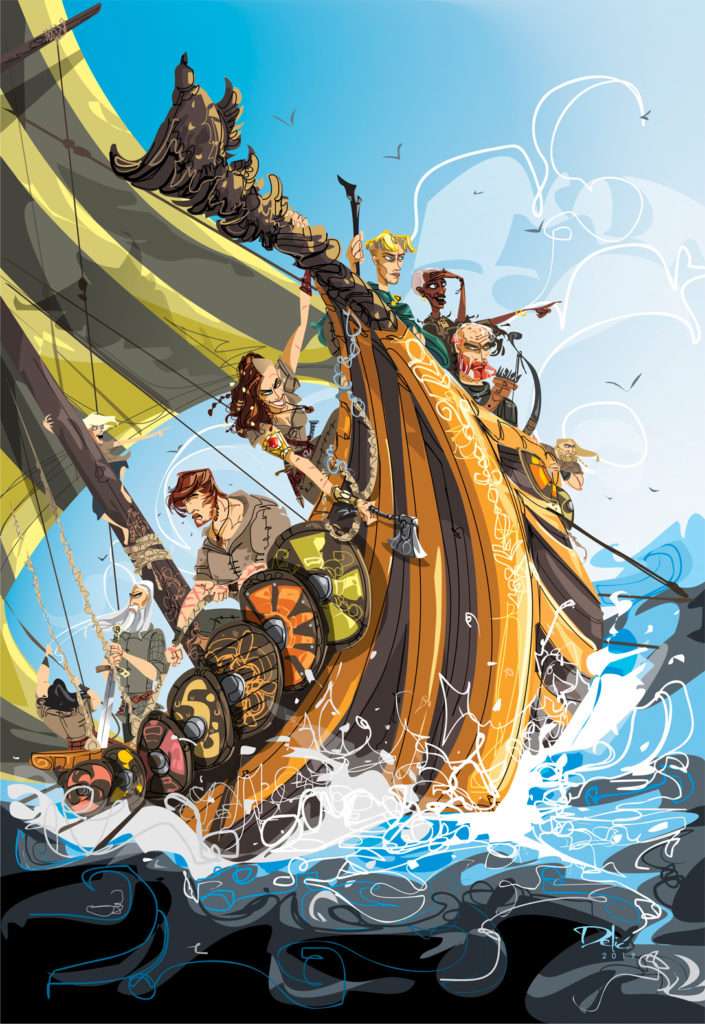 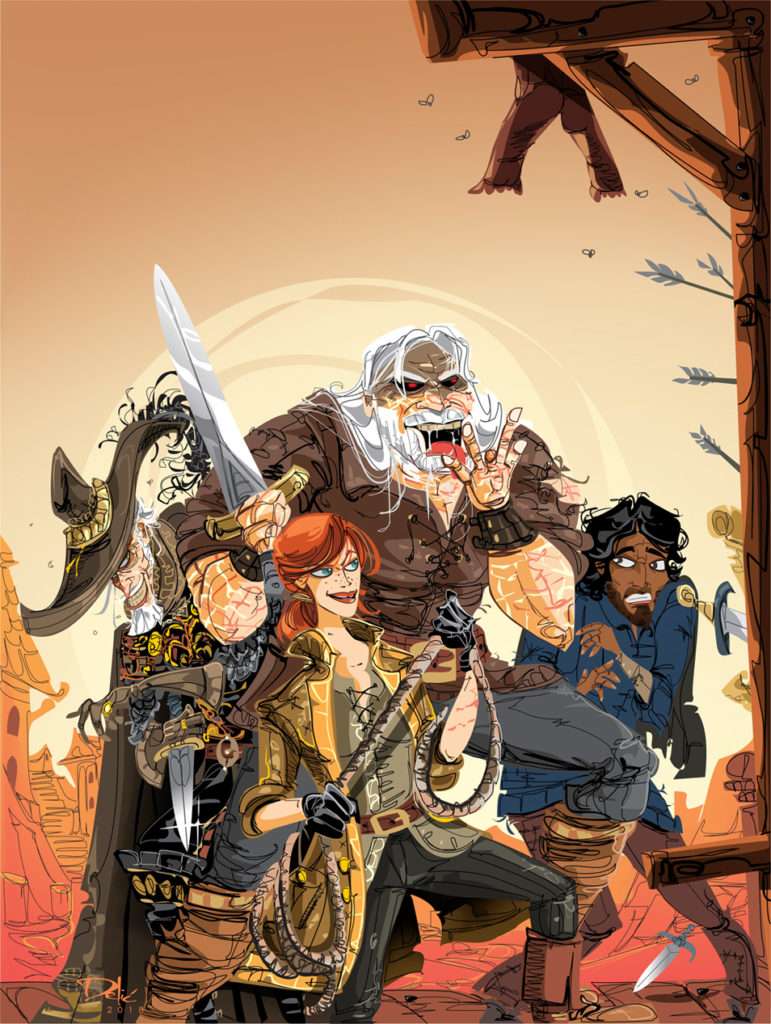 Now, Shattered Sea and Red Country are inspired by two of Joe Abercrombie’s books. In both I wanted to illustrate the very essence of it — main heroes combined all together, despite their differences and goals. And Lord Grimdark has perfect writing ability to throw the rawest and ugliest human behaviour in readers face. Gotta love it.

Malazan Book of the Fallen 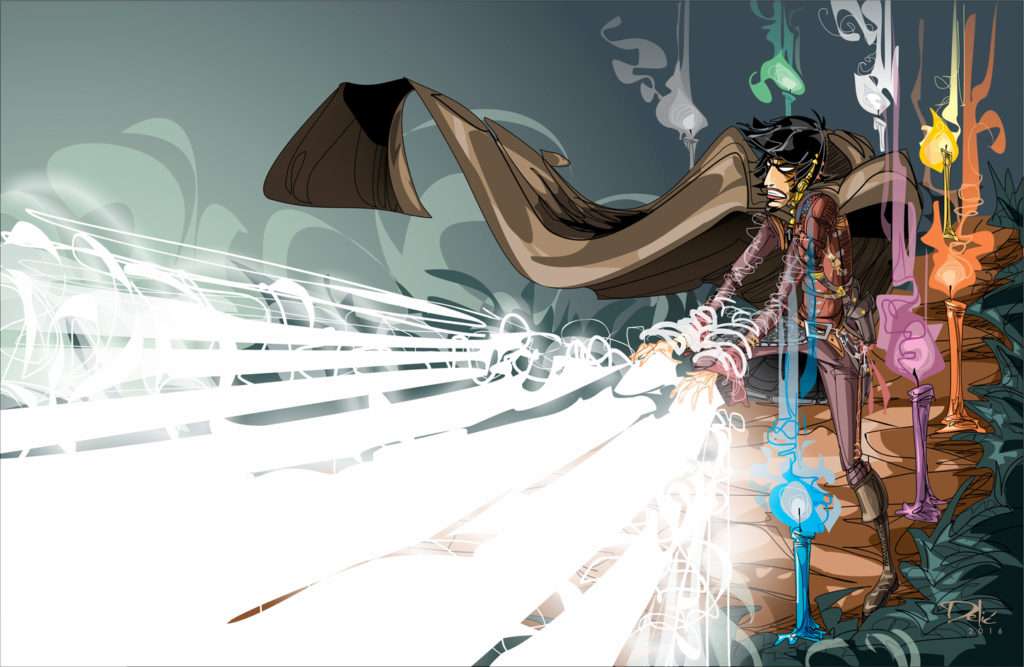 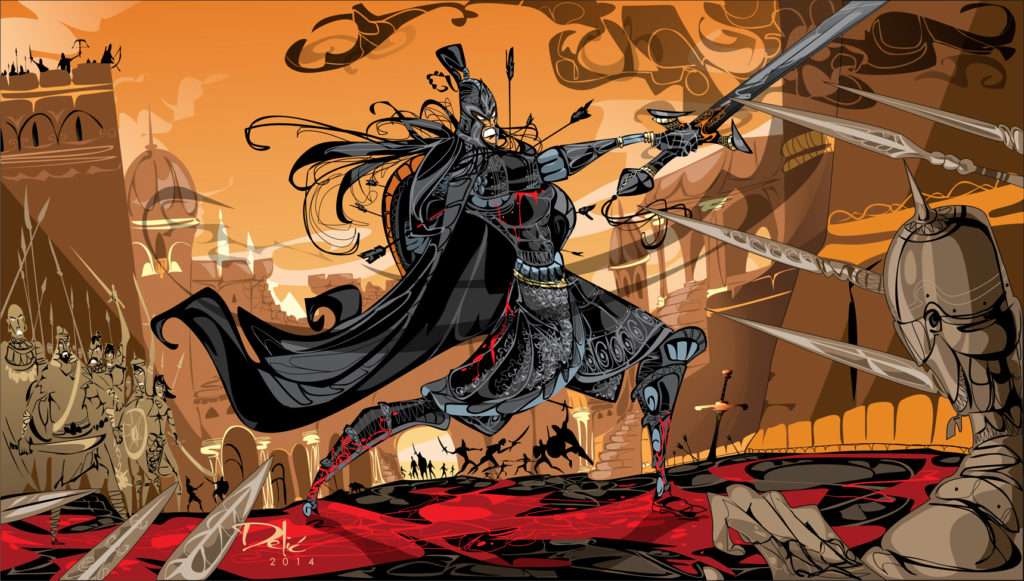 The last two illustrations Beak and Brukhalian are from my favourite series of all time — Malazan book of the Fallen. They are inspired by the human sacrifice, in attempting to save their friends no matter the cost. Erikson has the ability to touch your very soul with his writing, and his books have been one of my main inspirations for years now.

By-the-by, the last one work is Brukhalian, from Memories of Ice, by Steven Erikson.

Dejan Delic lives in Serbia. He has a college degree in industrial design, and illustration has been the primary form of his artistic orientation for many years now. Dejan has been drawing for quite a long time, since he was little. After graduating from the design college, Dejan has dedicated himself to graphic design, comics and illustration, with illustration having come to the fore in the last seven to eight years. Since Dejan is a a great fan of epic fantasy, the most common themes in my art are concerned with this genre. 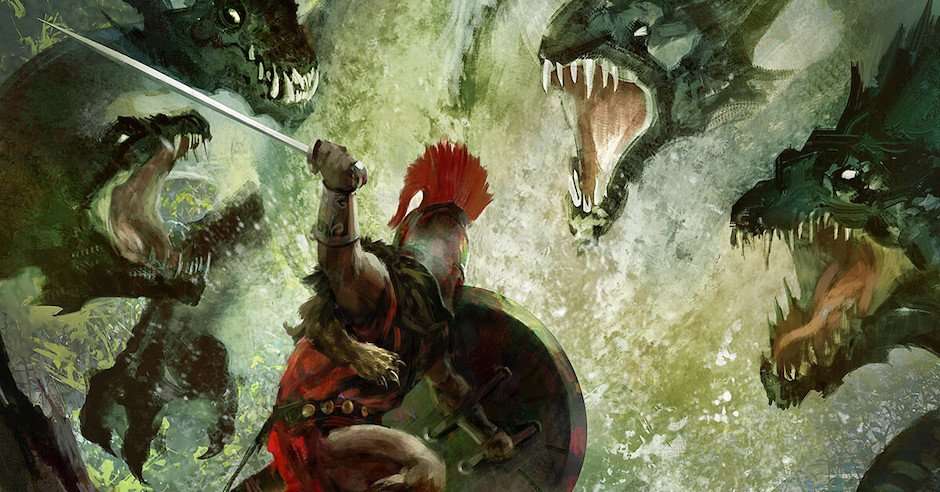 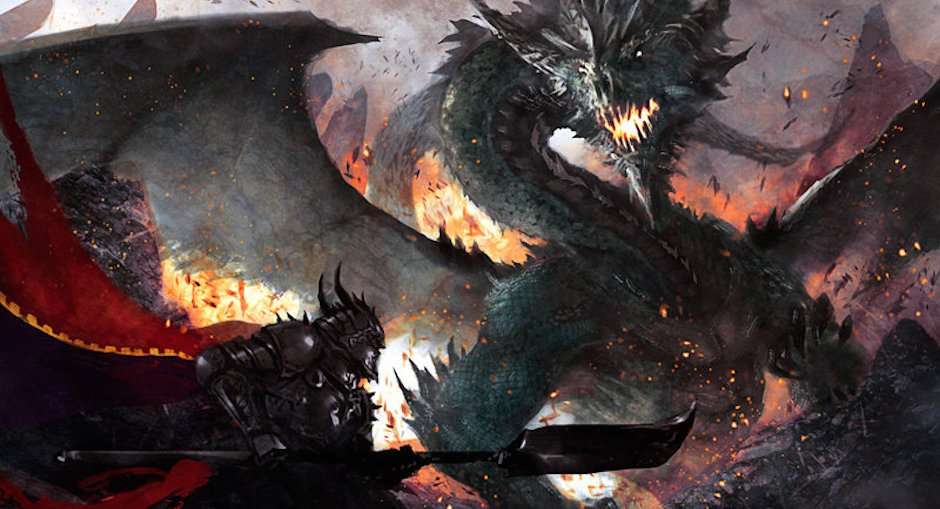 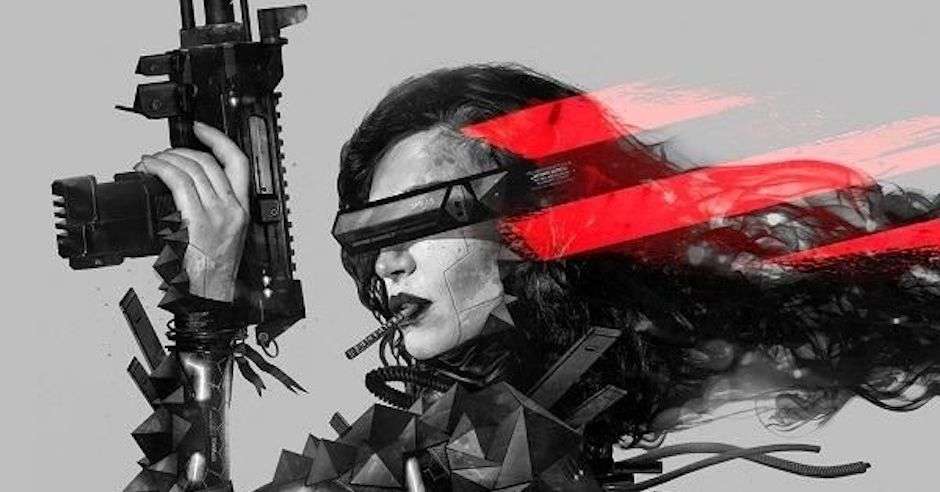