The Music of The Band by Nicholas Eames 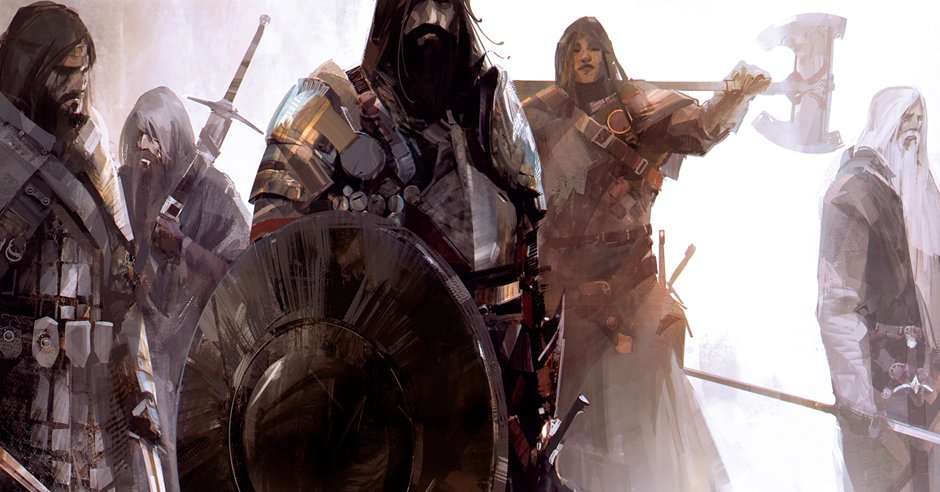 If you haven’t had a chance to check out Nicholas Eames’s series The Band, you should stop what you are doing and go read that right now because The Band is seriously next level. 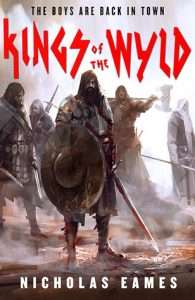 Kings of the Wyld, the first book of The Band combines the frenetic swagger and energy of David Lee Roth on stage owning the crowd mixed in with the “take no shit” of AC/DC. But instead of music this band creates madness and brings pain upon their foes. I kid you not, I was humming Back in Black through most of my reading of Kings of the Wyld.   It was obvious to me as a reader that Eames has a connection with music. From the obvious, he named the series The Band to the less overt in how the fight scenes are orchestrated. Eames mentions below how some of the fight scenes are done in short frenetic bursts like a drummer playing.

Eames was kind enough to talk with us a bit about his connection with music and the wonderful Spotify playlists that he had created to go along with the first two books in the series, Kings of the Wyld, and Bloody Rose. There is also mention about the upcoming book, Outlaw Empire, which will be the third book in the series. As a fan, I can’t tell you how excited I will be to jump into that book when it comes out, and also take a deep dive into that playlist. “Nirvana, Nas, Pearl Jam, NWA, and a whole lotta Rage Against the Machine” are the bands that had a huge influence upon me growing up. A story that has a whole lotta RATM is going to be quite the story indeed. “Killing in the name of…”

Check out Nicholas’s great article below.

Kings of the Wyld

The great thing about the rock and folk music of the 1970s (from which Kings of the Wyld draws inspiration) is that many of the songs are long, rambling epics that are well suited to listening to while writing. I always had a playlist going while writing the first book of The Band. Sometimes it was something new—an artist or album I’d never heard before—and sometimes it was music that suited the “vibe” of a particular scene. Often these songs would go on repeat for however many hours it took me to finish the chapter.

An example of this is when Matrick (whose character represents the “drummer” of the band) fights by himself against overwhelming odds. While writing this scene I played Led Zeppelin’s Moby Dick over and over. The song features a lengthy drum solo by John Bonham, which, when performed live, often went on for more than fifteen minutes. While describing the fight, I used terms like “parsing out violence in short, frenetic bursts” that evoked the idea of a drummer playing for all he was worth.

In another chapter, where the band is fleeing a raging dragon on board an airship, I was seriously stuck when it came to writing the action sequence. Thankfully, the entire scene suddenly came to me while listening to ZZ-Top’s La Grange on my walk to work. You could probably read the last half of that chapter aloud and find it aligns perfectly with the highs and lows of the song itself.

When it came time to write an epic climax, there was only ever one song I had in mind—arguably the greatest song in the long history of humankind: Freebird, by Lynyrd Skynyrd. For months and months I’d been listening to it while walking pretty much anywhere, imagining how the events of the final battle would unfold. Of all the scenes I dream of seeing on film or TV someday (fingers crossed), the Battle of the Bands is chief among them.

I took a different tack with Bloody Rose, since screaming hair metal and wailing love ballads aren’t great music for writing to—for me, at least. The music of the 80s (like the band in the book itself) demands your attention, so when it came time to work I put on synthwave instead, which has an epic 80s feel without being a distraction.

In the previous book, each of the main characters was representative of a corresponding band member, but in Bloody Rose the characters are instead representative of distinct musical genres. Rose is the glam rock, Brune the metal, Cura the goth (she’s named for The Cure, after all), and Freecloud the pop. Tam, meanwhile, is a mixed bag of Journey songs and Stevie Nicks. There are references to each throughout the book, such as Tam’s age (the edge of seventeen) and the fact that she takes a “midnight train” in the early chapters of the book. If that reference goes over your head, it’s likely you’ve never screamed the lyrics to Journey’s Don’t Stop Believing at the top of your lungs, and I am truly sorry for that.