REVIEW: The Offset by Calder Szewczak 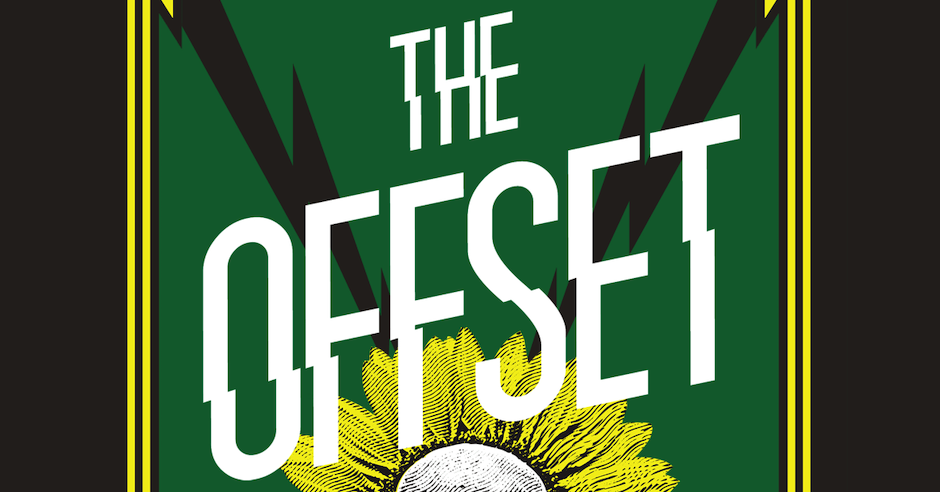 In humanity’s desperate attempt to control overpopulation and stifle procreation, a drastic policy called The Offset is implemented. On this dying planet, having a child requires the greatest sacrifice and their child must live with the heaviest burden. Upon their eighteenth birthday, the child alone must decide which parent must be executed. Perhaps containing more truth than fiction, The Offset by Calder Szewczak is a science-fiction novel for our era. 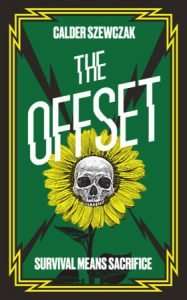 The Offset presents a dystopian world turned apocalyptic. Throughout the novel, we are gradually informed of why the world is near uninhabitable. I became almost morbidly fascinated. I had to know what happened. My curiosity had me quickly turning its pages. How could everything turn out so…wrong? To my horror, it was not one single event, but a sequence. Events that sound too familiar to what Earth faces now. The Offset is eerily like the book Nineteen Eighty-Four for conservation.

Calder Szewczak blatantly showcases the disastrous impacts an unhealthy world has on society. Political polarization has manifested within the most intimate facet of the human experience. With the fate of the world so uncertain, can having a child truly be considered an act of love? Anti-natalism, the ethical view that humans should sustain from procreating, has become a prominent ideology. For some, giving birth is not only selfish but sinful. Undertaking the offset is not only necessary for survival, it is an act of atonement. In many ways, The Offset is a stark forecast of our future.

While its message is worldly, The Offset follows the narrative of one family. Miri is nearing her eighteenth birthday and must decide which of her parents, Jac or Alix, will be offset. Calder Szewczak did a brilliant job with all three characters. Their vastly different and powerful perspectives are equally presented. Miri’s strong anti-natalism viewpoints and resentment contrasts sharply with her parents’ undeniable love for their daughter. I found myself switching back and forth between whom I identified with most. I couldn’t categorize their thoughts as right or wrong. I only felt each of their pain.

The Offset is a powerful novel from duo writers Natasha Calder and Emma Szewczak. While not needlessly violent, it is a tense read with zero reservations. Its unrelenting somberness became infectious and carries past the last page. This book introduces many questions and left more unanswered. What will become of this world? What happens to Miri? Our own future likely holds those answers.

Read The Offset by Calder Szewczak