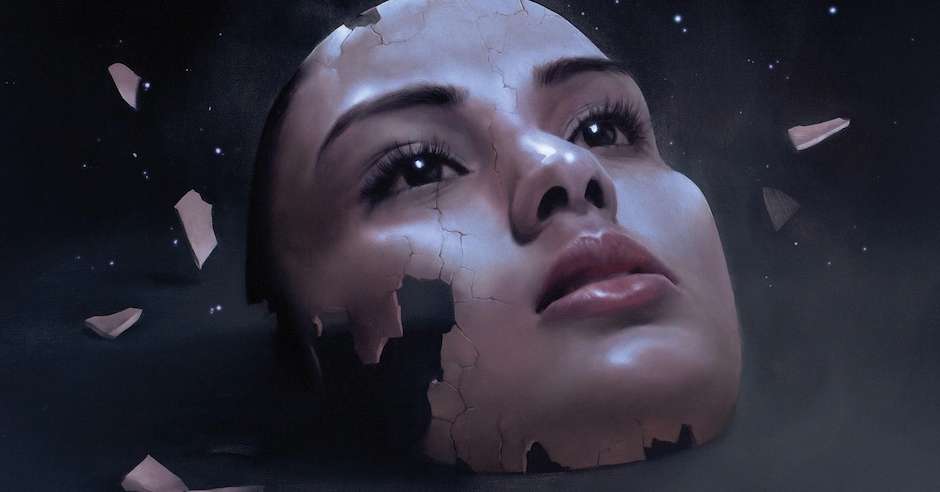 Sweet literary gods, I’ve just been in the mind of a genius–and I’m not just talking about Seth Dickinson’s imagination. The Traitor Baru Cormorant is one of the best books I’ve read this year. It’s engaging, enveloping, all-encompassing, and this is in no small way due to it’s magnificent protagonist Baru Cormorant. 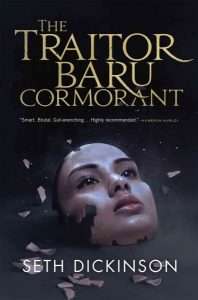 The story has a kind of Romans-conquering-the-world feel to it, with a young Baru having her seaside of world of Taranoke turned upside down by the Falcresti. The Falcresti have integrated themselves, set up schools, introduced sanitation, introduced paper money as legal tender, taught magnificent things that feed Baru’s hungry and eager young mind. They are everything that could drive Baru to be so much more than just a hunter, or fisher, or warrior. But there is another side to them, a side that wants to make sure their creed and way of life is the only one in the known world–and that means Baru’s small life on Taranoke is about to change.

The story of Baru’s change from small Taranoke girl being inquisitive with the foreign merchant, to the young woman charged with bringing the far off and unruly Aurdwynn under the firm grip of The Empire of Masks is magnificent. Her inner workings, her use of brain over brawn, her use and abuse of people and power, her struggles with who she is, what she represents and how the Falcresti see her (and how that limits her and puts additional hurdles in front of her) is just phenomenally presented. For a debut, Dickinson has nailed this harder than a fence paling.

This, my fellow fans of grimdark, is what I love to read. It’s a book that takes you right into the heart of  the human condition. It puts the question of what’s right and from who’s perspective is it right front and centre, and it presents one of the best gut punch endings I can remember from the last few years with Baru right in the middle of it. The Traitor Baru Cormorant asks you to decide if it’s acceptable, reconcilable, redeemable. If I smoked, I would have grabbed a cigarette upon putting it down.

This review was a hard one to write because I want to run you through all the awesome things this book is. I want to high five you and stand up with arms spread and mutual shock on our faces, to break down scenes and relationships and sequences, to just revel in what a brilliant debut The Traitor Baru Cormorant is. But, if I do that, I’ll ruin it for you. And we can’t have that.

The Traitor Baru Cormorant is a brilliant debut, and I cannot recommend enough that you pick it up as soon as possible. The sequel The Monster Baru Cormorant drops in under a week.

REVIEW: The Library of the Dead by T.L. Huchu