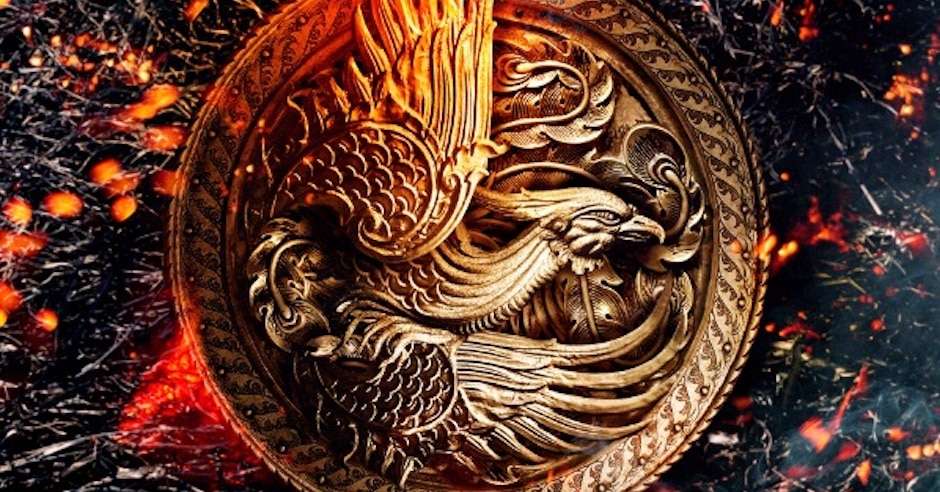 November marks an occasion both amazing and terrifying: my Orbit debut, Legacy of Ash, is unleashed upon the world.

While I’ve been writing for decades now, accumulating a small library of self-published works, a back catalogue of credits with Games Workshop (and in this ‘ere Grimdark Magazine issue), this marks a huge step change for my career, and it’s set me thinking.

What advice would I go back and give a younger me, had I the opportunity to do so? What knowledge would I share, or at least try to impart to me of yesterday if he’d just stop arguing for a moment, and listen? What, in short, do I wish I’d known?

Turns out, it’s quite a long list, but I’ve narrowed it down to three points that might have made a difference. I can’t tell me (apparently the technology doesn’t exist, which is disappointing), but maybe – just maybe ­– it’ll be useful.

So far as I can tell, the internet suffocates under the weight of two things: cat photos, and advice for aspiring writers.

Some of the latter are easily dismissed, handily framed by phrases like ‘One Simple Trick to Land an Agent’ and all its horrific, malformed siblings. Others are more seductive, offering cautionary tales on everything from word counts to authorial voice, and from the number of point-of-view characters to how best to structure your writing process.

This second category promises answers, success and a way through the tangled, briary maze of publishing. It’s genuinely intended to be helpful rather than clickbait, and often can be, provided you approach it knowing what you’re getting into.

Truth is, there is no right or wrong way. Sure, there are ways to maximise your chances of success. There’s wisdom that can help you hone your craft. But ultimately it comes down to whether your writing can entertain the right person, at the right place and at the right time. Your voice and your ideas, polished to be the best they can be.

If the internet tells you there’s a rule… there probably isn’t, or it’s been so worn down that the spirit has been lost.

As an example, Legacy of Ash is the longest novel I’ve written. It’s a good 10% lengthier than a previous work that I was told, point blank, was too big.

Like most writing advice, this was both part right, and part wrong. Because context matters.

That book wasn’t too sprawling in absolute terms, but it wasn’t using all of its words properly. It didn’t need ‘em. It wasn’t too long for the market, it was too long for itself… as I found when I went back and edited away roughly a fifth of its word count. Too long, and yet not. Schrödinger’s novel.

The point is that even well-intentioned, accurate advice is subject to miscommunication, but even in distorted form it’s too often presented as mithril-clad truth.

This is further compounded because most authors offer advice based on what they did wrong, and what didn’t work for them, back when they were starting out[1]. You’re not them, and then isn’t now. By all means listen and ingest, but use your judgement. Look for the deeper truths that you can learn from.

A Soul in Search of Answers?

Let me spread a safety net.

If you want gospel – or as close as you can get in an ever-changing publishing landscape – ask your agent. If you don’t have one, don’t despair. Literary agents are more active on social media than they were even five years ago, offering advice and sometimes answering specific questions (my agent, John Jarrold, hosts a publishing Q&A every month on Twitter, for example).

Hit them up, see what they have to say.

When you come from a background like mine – where employers are purchasing attendance in a particular place during particular hours at least as much as any actual work – it’s tempting to bring that approach to your writing.

Writing hours become 9 to-5 or 8 PM to the stroke of midnight, irrespective of how much progress you make. It’s a trap – one I spent months in.

Sure, a work ethic’s one of the strongest weapons in your writer’s arsenal. However, sometimes ideas, solutions and inspiration just won’t come when the keyboard’s gazing malevolently at you from beneath a page of nonsense[2].

Get up. Move around. Go for a walk. Prank a neighbour. Do something that tricks your brain into releasing its death grip on plot and character dynamics. Something will click while the keyboard’s out of sight. You’ll come back fresher and fired-up.

Passion keeps odd hours. Doesn’t mean you have to do the same, but let go once in a while. Even if the deadline’s snorting down the back of your neck.

My personal solution? The various videogames in the Dark Souls/Bloodborne series have burned their way so deeply into my mind that I can play them on autopilot. Turning on the PS4 gets me away from my desk, and it tricks my conscious brain into believing that I’m not really thinking about my book at all while my subconscious attacks the problem that sent me fleeing to Anor Londo. Works every time.[3]

Your solution will be different, but there’s one out there. Go find it.

3) Get It Started. Get It Done

Until your work’s down on paper (virtual or otherwise) you don’t have a novel. You might have great ideas that might make a great novel, but you’re not there yet.

Ideas aren’t worth much. They’re a starting point. It’s in the doing that makes them special. Something to be proud of. Something an agent might take on. Something a publisher might buy.

The transformation starts when you put the first words down on the page. It ends when the last one’s in place. Your book won’t be perfect. They never are. There’s always something more you can do. Another edit. Another idea. But until you have a beginning, a middle and an end on the page, you don’t have a book to edit, just a string of ideas, laid out in a line.

There’s a temptation to prevaricate, to get this scene just right, that character polished so that she springs right off the page. I’m not saying you shouldn’t listen to that temptation, but don’t let it distract you. You’ve started… so get it done.

Even if that first novel doesn’t hook an agent, if it doesn’t make waves when independently published, it’s still an achievement. You’ve attained something comparatively few can match. And you’ll have learnt loads in the process, good and bad (seriously, you learn so much from your first serious crack at writing a novel).

More than anything, you’re no longer wondering if you really can tell that story. You know. And you’ll know if you want to do it all over again.

Because here’s the thing. I’ve been writing novels for… oh, about six years and change at this point, but I’ve had ideas for upwards of twenty. I’d even write the odd chapter, now and then. But I never finished anything. Some efforts barely count as having started.

I couldn’t tell you why, exactly. Probably it looked like a mammoth undertaking – when you’re a teenager, so many things seem impossibly far off. A lack of confidence surely played its part. So instead, the years slipped by, and all the while I never knew whether or not I could write a novel… only that I wanted to.

Granted, those embryonic efforts probably wouldn’t have been any good. (I actually have some files for one attempt, and it’s not pretty[4].) But I look at everything I’ve done since, and I can’t help but wonder what I’d have learned if I’d finished at least one.

I don’t know what the future holds. If fortune smiles, this might the first of many wonderful opportunities, the first step up the mountain. Or it might be the top of the mountain, and it’s too misty for me to see that. Either way, could I have been where I am now ten, fifteen years ago? Who knows? No one[5].

And that’s kinda the point.

Like everything else we’ve covered, I can’t tell me, so I’m telling you. Get it started, get it done.

I’ll be rooting for you.

[1] Yes, I know I’m doing exactly that. This whole article’s about my mistakes and my misconceptions. That’s the point. No pretence. No rules. Just food for thought.

[2] And crisp packets. And Lego. And enough moulted cat hair to weave a new cat of acceptable size. Yes, I contribute my share of cat photos to the internet. They’re adorable. Mostly.

[3] Except for when the frame rate stutters and Micolash, Host of the Nightmare, repeatedly one-shots me into apoplexy so severe you could power a small city off my frustration, but I digress.

[4] Let’s just say I’ve learned a lot about acceptable paragraph length over the years, and we shall never speak of the matter again.

[5] Except the Shadow. The Shadow knows. 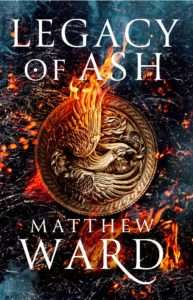 A shadow has fallen over the Tressian Republic.

Ruling families – once protectors of justice and democracy – now plot against one another with sharp words and sharper knives. Blinded by ambition, they remain heedless of the threat posed by the invading armies of the Hadari Empire.

Yet as Tressia falls, heroes rise.

Viktor Akadra is the Republic’s champion. A warrior without equal, he hides a secret that would see him burned as a heretic.

And yet Calenne, Josiri’s sister, seeks only to break free of their tarnished legacy; to escape the expectation and prejudice that haunts the Trelan name.

As war spreads across the Republic, these three must set aside their differences in order to save their homeland. However, decades of bad blood are not easily forgotten – victory will demand a darker price than any of them could have imagined.

Matthew Ward is a writer, cat-servant and owner of more musical instruments than he can actually play (and considerably more than he can play well). He’s afflicted with an obsession for old places – castles, historic cities and the London Underground chief amongst them – and should probably cultivate more interests to help expand out his author biography. After a decade serving as a principal architect for Games Workshop’s Warhammer and Warhammer 40,000 properties, Matthew embarked on an adventure to tell stories set in worlds of his own design. Join that adventure this month with his Orbit debut, Legacy of Ash. He lives near Nottingham with his extremely patient wife – as well as a pride of attention-seeking cats – and writes to entertain anyone who feels there’s not enough magic in the world. Follow him on Twitter @TheTowerofStars, Facebook at www.facebook.com/thetowerofstars and at www.thetowerofstars.com 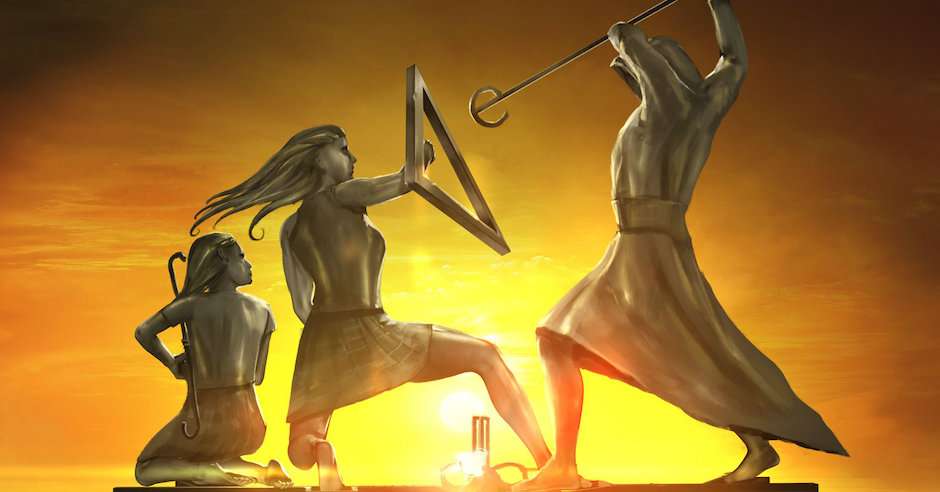