Excerpt: The Wolf of Dorian Gray by Brian S. Ference 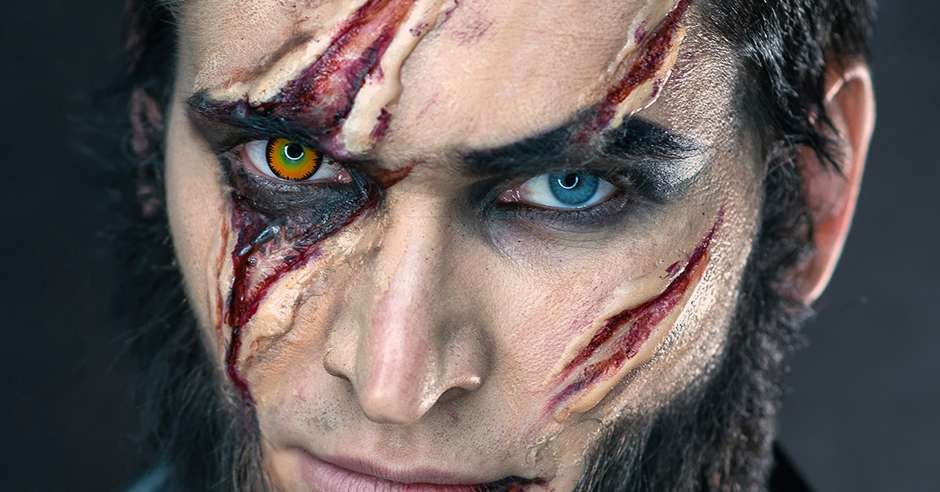 “Brian Ference writes a thrilling creature tale… With lots of action, gore and plot twists that will keep you guessing throughout. Praise for Lupari Werewolf Hunter. Highly recommended!” – Chris Turner, Author of Denibus Ar and many other fantasy, adventure, and science fiction novels.

“If you are a fan of werewolf fiction, this series is a must-read. Ference’s writing and ability to spin a powerful tale is top notch.” – Nickel Crow, author of “Master of the Hunt”.

Excerpt: The Wolf of Dorian Gray

Bright light—beams of painful whiteness penetrated the comfortable darkness and forced Dorian to open his eyes. Around him stood a dense wall of trees. He was lying on the mossy ground with his arms flung over the carcass of a half-consumed deer. The air burned with the foul stench of rotting meat and bones littering the forest floor. Completely covered by dried blood and gore, his skin felt raw and tender to the touch. Dorian was utterly naked, like some ghoulish infant at the time of its birth. It was impossible. His last memories were of looking down at the gruesome wounds inflicted by the werewolf, the excruciating pain that accompanied them, and the unpleasant feeling of being eaten alive. 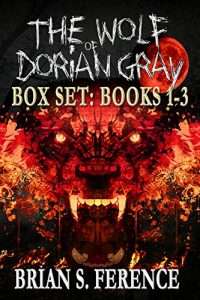 Yet here he was, alive—apparently in the creature’s lair. Taking stock of his body, he found he was amazingly uninjured. His hands explored the areas where massive gashes had exposed organs and torn his flesh, but found them all curiously sound and smooth to the touch. Had it all been some terrible dream? Then why was he bloody and in the forest? Whatever had happened, Dorian knew he needed to be away from this place before the werewolf returned. Had the creature thought him dead and left him here?

Like a newborn fawn on unfamiliar and ungainly legs, he rose and moved falteringly away from the rotting pile of venison. As his legs began to strengthen he stumbled across a small stream and used the water to wash away some of the blood staining his skin. He felt like a common beast as he stooped to slurp up a drink from the muddy water. With his mind somewhat steadied, he focused again on fleeing from the forest in the hopes of reaching some safe place.

Dorian hobbled forward, naked skin oblivious to the cuts on his arms and scrapes on his feet as he fought against the undergrowth of the forest. He tried following small game trails to make his journey easier. It seemed like he limped on for hours, staggering aimlessly amongst the trees. Unbidden, his path led directly to the one location he knew to be both close to the forest and currently uninhabited—Sage’s country workshop. His good friend was dead, and with no living relatives, the property was sure to be deserted. Dorian approached the estate cautiously. He waited for a time to watch for any signs of life before dashing to the back door and forcing his way in. The old wooden door seemed to break at the hinges immediately. They must have rusted thin with age.

The stone hearth was cold and everything remained covered with pale linen sheets. It was almost as if Sage had never lived here. Walking over to the corner closet, he began rummaging through it in the hopes of finding some clothes. He was fortunate to discover a gentleman’s coat that some patron or acquaintance must have misplaced there. Covering his nude and crimson form, he walked into the kitchen and began searching through the cabinets. There he found a surprising selection of cheeses stored in wax, dried fruits, pickled vegetables, salted meat, and even some canned fare. Not so deserted after all. However, none of the food appealed to him. Dorian found that despite his desperate run through the forest, he was still quite full—though from what meal, he had no idea.

He decided instead to pump several buckets of water into Sage’s antique, copper tub and began scouring his skin clean. As he bathed, he tried to piece together what had happened. Whether it was a fevered dream or some trick of the imagination, Dorian could vividly remember the werewolf devouring him alive. He should be dead—but he wasn’t. He shivered. “Have I been reborn with a second chance?” Dorian signed and slid deeper into the tub.

Sometime later, he exited the bath while trying not to look at the red-tinted water. With his flesh returned to a healthy pink color, Dorian felt once more like himself. Yet, strangely not himself. More complete perhaps. Dorian’s mind was swimming with regret, shame, and fear—but also something else. Maybe, there was an inkling of hope there. He felt he now had the strength to begin a new life. He would gather some meager resources and leave all the wealth and debauchery of his previous existence behind him. Perhaps a grand adve