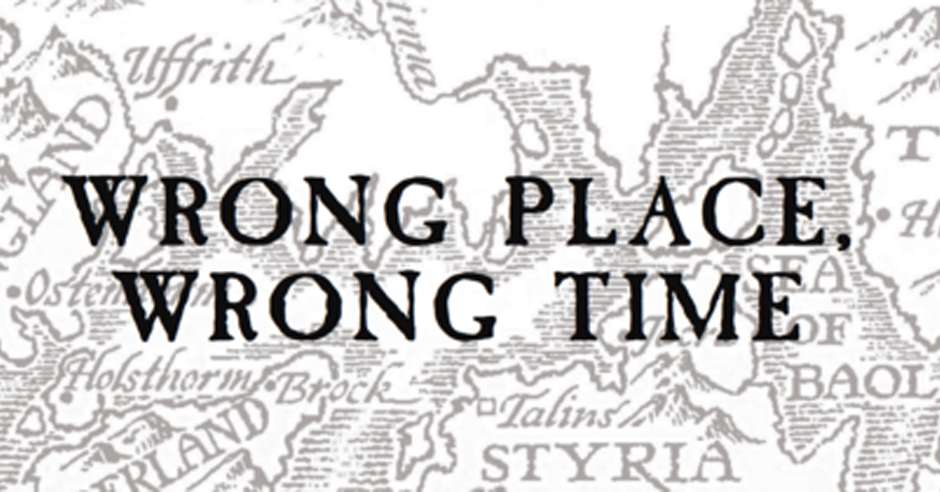 I don’t know about you, but I’m deadset chomping at the bit to get my hands on the next foray into Joe Abercrombie’s First Law world, the short-story collection, Sharp Ends. Full of reprints and new short stories, we’ll be back with so many of the characters we’ve come to love through his first six books. 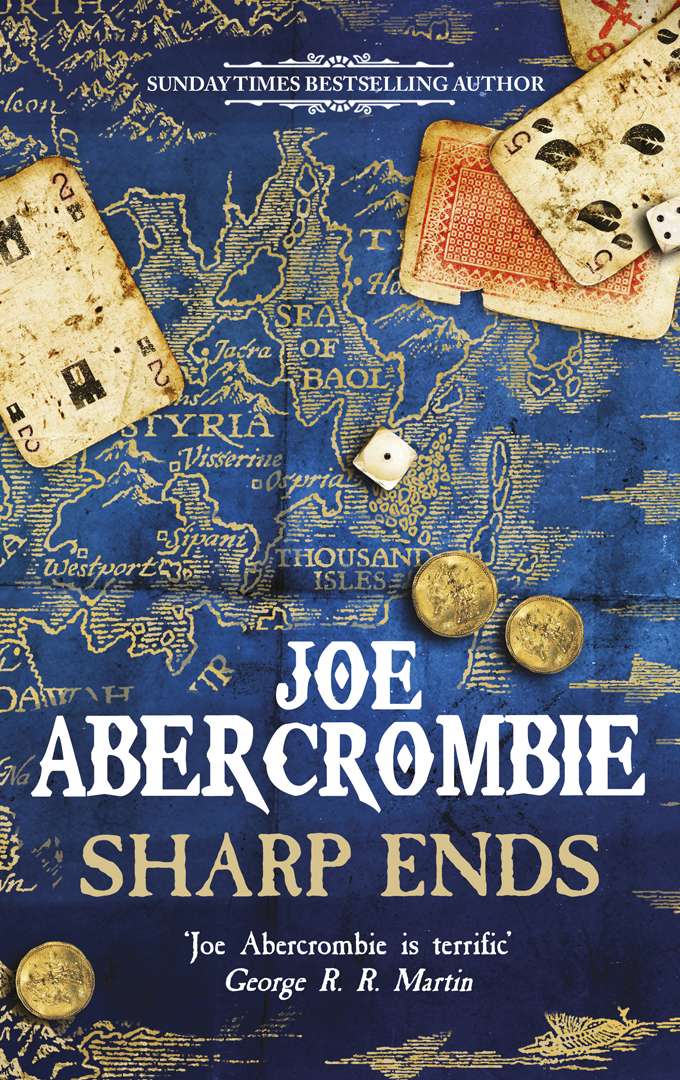 Hachette Australia were kind enough to drop us an excerpt from one of the short stories to give you guys a little taste of what’s to come.

Westport, Spring 580
Canto Silvine finished his morning slice of bread and honey, licked his finger, used it to sweep up the crumbs from the plate, and smiled as he sucked it clean. The quiet joy of routine. It was something Mauthis was very keen on, routine. Canto tried to be keen on the same things powerful people were. He thought, perhaps, that might one day make him like them. He had no other ideas how to achieve it, anyway.

He frowned at a honey spot on his sleeve. ‘Damn it!’ Mauthis would be less keen on that, presentation being key, but any more time dithering and he would be late. And if Mauthis hated one quality above all others in a clerk, it was tardiness. He stood, trying desperately to make no noise, but the legs of his chair caught on the uneven boards and made an awful grinding.

‘Cantolarus!’ hissed Mimi’s voice from the other room, and Canto winced. Only his mother used his full name. Only his mother, and his wife when she meant to give him a lecture. As she padded into the room with their son in her arms she had her serious eyes out, that slight wrinkle between the brows that he’d loved to see before he married her, but which had steadily lost its appeal over the months since. To begin with, that wrinkle had come when she told him how their life would be when they were married. Now it came when she told him how far their actual life fell short of what they had agreed.

‘Yes, my love?’ he said, in a tone that tried to laugh her off and reassure her both at once, and achieved neither.

‘How long do you expect us to stay here?’

‘Well, certainly until I get back from work!’ He gave a nervous titter. She did not. Rather, that wrinkle deepened. There was a loud bang on the ceiling, followed by the burble of raised voices from above, and Mimi’s eyes rolled up towards it. Damn bad timing, for those bastards to start arguing just then. If Canto was half a man he would have gone up there and had a stern word with them about it. So Mimi told him. But Canto was not half a man. Mimi told him that, too.

‘This was supposed to be temporary,’ she said, and their son gave a quivering stretch as though attempting to pile more guilt on Canto’s sagging shoulders.

‘Then either your pay must rise or you must find a better-paying position.’ That wrinkling grew harder. ‘You’re a father now, Cantolarus. You have to demand your due. You have to be a man about it.’

‘I am a man!’ he snapped, in the most peevish and effeminate way possible. He forced his voice deeper. ‘I’m due a promotion. Mauthis said so.’

‘I just said so, didn’t I?’ In fact, Mauthis had not spoken to him directly for three months, and that had been to bloodlessly correct him over a minor error in one of his calculations.

Mimi’s angry frown had turned into a suspicious frown, however, and Canto counted that a victory, however it was managed. ‘He’s said it before,’ she grumbled, hitching their son up a little. He truly was an enormous baby. ‘It hasn’t happened.’

‘It will happen this time, my love. Trust me.’ That’s what he said every time. But it was easier to lie than to have the hard conversation. Much easier. Fortunately, their son chose that moment to give a mew and tug at his mother’s nightshirt. Canto seized his chance. ‘I have to go. I’m late as it is.’

She tipped her face towards him, probably expecting a kiss, but he did not have it in him, and fortunately their son was struggling now, eager to be fed. So instead he flashed a watery smile, and stepped out into the mouldy hallway, and pulled the door rattling to.

A problem left behind was just the same as a problem solved.

Canto flung his ledger shut and started up from his desk, wriggling between a well-heeled merchant and her bodyguard and across the crowded banking floor. ‘Sir! Sir, might I—’

Mauthis’s cold stare flickered over him like a pawnbroker’s over a dead man’s chattels. ‘Yes, Silvine?’

‘Er. . .’ Canto was wrong-footed, if not to say somewhat flushed with pleasure, at the mere fact of Mauthis knowing who he was. And it was so damned hot in the banking hall today that he found himself quite flustered. His mouth ran away with him. ‘You know my name, sir—?’